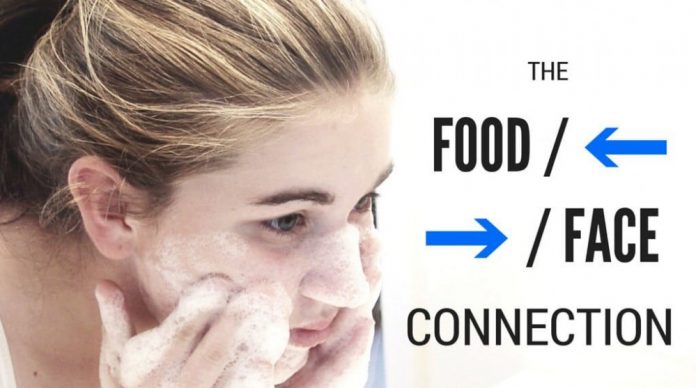 When I was much younger (and much more naive, might I say) I always wondered how those Hollywood divas managed to maintain their skin as clean and smooth as porcelain. Later, when the teens hit me, I prayed to find their secret out, since my skin, just as every other Tom, Dick and Harry’s, would occasionally develop small ‘molehills’, as I used to call the acne. Luckily for me, this rarely happened, but my heart goes to you, who fight this battle more often. For that reason – this one is for you.

Certainly, we get to choose some things in life, while others simply happen to us. One of the easiest things we can change is the way we eat. We all are well aware that our whole system is influenced by what we ingest. Let’s go from there. Here are some foods that you simply should forget they ever existed, but, good news – each of them has its substitute.

Too much sugar in the system can lead to breakouts. This means that you should avoid sugary treats at all costs if you do not want to deal with such. Keep in mind that alcohol also falls into this category.

TIP: In case you have an urge to take sugar, opt for the natural one that is found in foods such as sweet potatoes or cantaloupes, because the others usually lead to a surge of insulin, leading to the excretion of sebum – which normally leads to clogged pores. And we don’t want that.

Coffee and caffeinated tea should also not be included in the diet if you do not want to have problems with the skin. Caffeine has been known to trigger acne because it can throw a person’s hormones off balance and cause the body to become stressed.

TIP: To avoid this, go for healthier alternatives such as Teeccino, herbal tea or other healthy coffee substitutes.

Yes, I know, no dairy means no pizza. At least not in the way you are used to having it. As tasty as they are, too many slices of cheese, pints of milk and creamy desserts are often stuffed with  the additives and hormones such as steroids, progesterone, and these are everything but friends to your skin

TIP: The body still needs its calcium thus you should make sure you eat foods that are rich in these such as collard greens, kale, spinach and broccoli.

Fried and oily foods are generally bad for the skin because there is a correlation between excess fat and formation of pimples. This is because it can increase the follicles and insulin.

TIP: It is better to take natural foods that are healthy in fats, like nuts and avocado. It is also best to take baked foods rather than fried.

Foods that are on top of the glycemic index, glutenous and/or salty foods affect the hormone levels and sugar level. To avoid acne build up go for dairy free and gluten free goodies.
While it may seem that you are not allowed to consume all the delicious treats, it is still possible to enjoy a great diet with numerous organic, fresh produce, whole grains, legumes, seeds and nuts. If you were unfortunate enough to get scars from acne, there are numerous medical treatments that will help you get rid of them. Just make sure you get a professional to do the job so that it is done right.