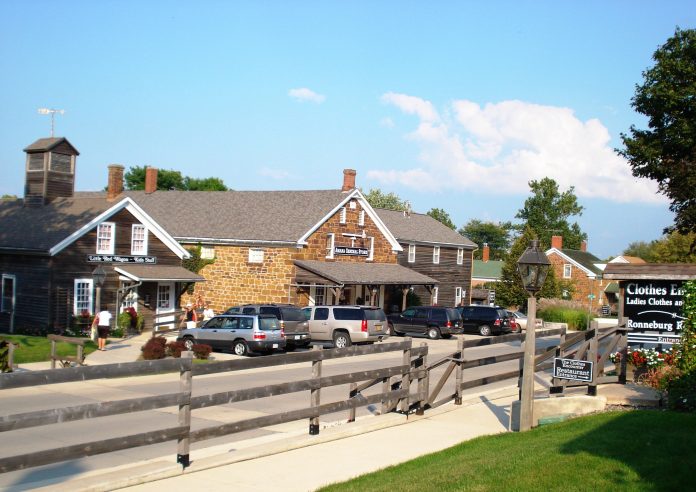 Named a National Historic Landmark, the Amana Colonies of Iowa are remnants of a German community that came to Iowa in the 1850s looking for religious freedom. The descendants of the Inspirationist Church settled on 26,000 acres they called “amana,” a word from the Old Testament book of Song of Solomon that means “to remain faithful.”

Although the communal lifestyle of the original Amana settlers ended in the 1930s, the simplicity of their faith and the community they created appeals to visitors of all faiths and backgrounds today. Located within two or three miles of the next, these seven villages with their original stone and log structures that have been home to members of the Amana Church Society since the 1850s.

An Amana Heritage Museum in Main Amana provides a detailed look at the faith and practices of this church and how the culture as evolved over the years, including the production of the stoves, refrigerators and other appliances that bear the Amana name.

Six additional museums further explore how the Amana Church Society members lived communally when they first came to this region. Among the most impressive is the Communal Kitchen Museum in Middle Amana. Here, all of the cooking for the entire village was done. Individual homes in the villages did not have kitchens.

Original utensils, supplies and a heritage garden underscore the massive task of preparing three meals a day for hundreds of working people with no modern amenities.

Adjacent to the communal kitchen is the Cooper Shop Museum, where the former village barrel maker worked.

There are also museums devoted to the agricultural efforts of the Amana people and to the world-renowned craft of furniture making. Homestead is the only village where the church is open for tour. Visitors are welcomed to attend church services.


The Amana Colonies and the Amish

Confusion between the Amish faith and the Amana faith is common in this area. Just south of the Amana Colonies is the town of Kalona, the largest population of Old Order Amish west of the Mississippi. The Amish don’t believe in many modern or “worldly” conveniences. Horse and buggies, plain clothing and homes and businesses without electricity are common here.

Amana is perhaps most well known of its fine craft artisans and twice each month from May through October in an event called Art Night, these artisans open their studios and galleries for a bit of wine, fine music and good conversation about their work.

This is a self-guided tour that includes stops for basketry, quilting, glasswork and copper. Other crafts include broommaking, pottery, weaving and rugmaking.

The Amana region is abundant in bed and breakfast inns, traditional hotels and is home to an RV park. Since 1854, the Die Heimat Country Inn in Homestead has been welcoming guests and is considered the original Amana B&B.

In South Amana, out in the country surrounded by cornfields and walking trails, is Ba’bi’s Guest House. Ba’bi is a Czech word meaning “grandmother.”

German Food in the Amana Colonies

One of the more traditional German restaurants serving family-style portions of wiener schnitzel, smoked ham and pork chops since 1940 is the Ox Yoke Inn in Main Amana. Numerous bakeries, wineries and a brewery are also located in the Amanas.

The Amana Colonies are in east central Iowa and can be accessed off of Interstate 80 about 90 minutes east of Des Moines.