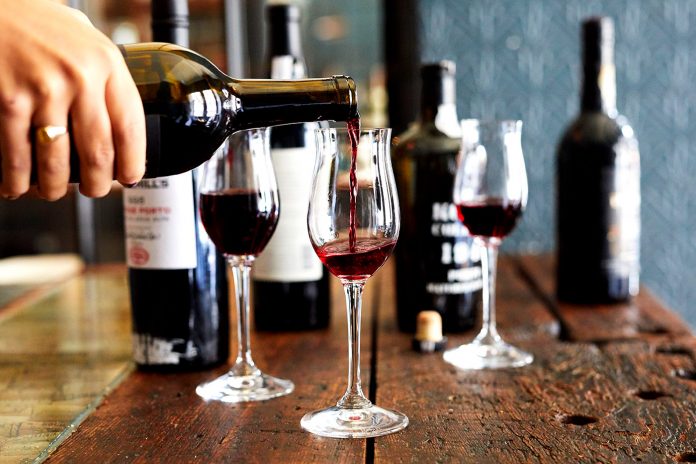 Port is one of the world’s most famous forms of fortified wine and certainly Portugal’s most well known red wine. The drink has a long history of export to the UK and the wine has gained popularity in recent years further away in the US.

The History of Port

Unlike other wine merchants, those involved in the Port industry are often referred to as “shippers”, the term comes from the fact that in times past many were involved in the shipping of Port between Portugal and the UK or other parts of Europe. This is an important concept in the development of the drink.


The problem for shippers of the original wine from Portugal to the UK is that casks of the regions wine, ill treated could often undergo a second fermentation or oxidisation whilst being shipped. As such, this would lead to a wine, which when brought ashore was almost undrinkable.

The solution for producers was that they would “dose” the natural red wine of the Douro region with brandy to raise the alcohol level of the wine. As such, yeast is unable to carry on reacting once a certain level of alcohol is reached, thus preventing a second fermentation happening, even in poor shipping conditions. Whilst starting as a practical solution for the preservation of wine, this has now formed the basis for the manufacture of the modern drink Port.

There are many styles of Port available from young ruby ports to classic vintage port, here are the principals styles of port: