IowalumA Q&A blog Shared by Iowa Students & People
Home General Knowledge How To Distinguish Metals? What Is The Difference Between Metals And Non-Metals 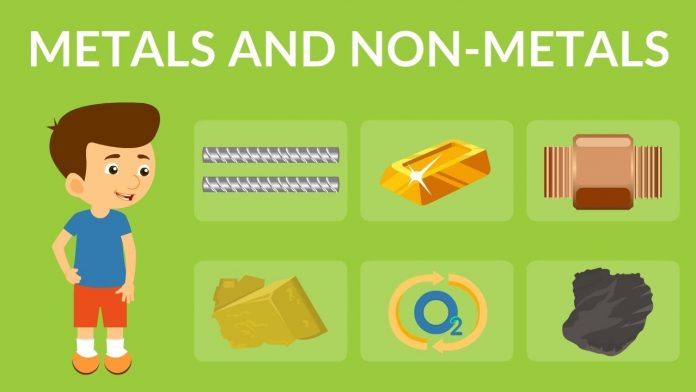 Scientists classify elements into two major categories. These two categories are metals and non-metals. The classification depends on the characteristics that the element displays. Non-metals share common characteristics with one another, and metals are quite similar to one another as well.

On the periodic table the non-metals are located on the upper right-hand side of the chart. The non-metals include the noble gases, halogens and a few other miscellaneous non-metal elements.

On an atomic level, the non-metals have four to eight electrons in the outermost orbit of the atom’s nucleus.

On a physical level, non-metals have several common physical characteristics. These elements are generally brittle, breaking very easily when struck. They are also very poor conductors of electricity and heat. For this reason they are often used as insulators.

At room temperature, non-metals can be solids, like carbon, or gases, like oxygen. One non-metal, bromine, is a liquid. Non-metals cannot be easily drawn into wires, and they do not have a shiny, metallic luster. Usually non-metals are transparent with a dull appearance. Additionally, non-metals have lower densities than metals. This low density means that they feel light in weight for their sizes.

Despite their differences, all of these different metals have several common characteristics.

Physically, metals are typically opaque, solid substances at room temperature. They are very malleable, meaning that metals are easily beaten into thin sheets and will bend without breaking. Metals also conduct electricity and heat well and are quite ductile, meaning that they can easily be drawn into wires.

For this reason, metals are used quite often for electrical wiring. Metals are generally fairly dense, heavy elements that have a shiny luster to their appearance.

How to Tell Metals and Non-Metals Apart

When scientists are analyzing a substance to decide whether it is a metal or a non-metal, they do different tests to determine the characteristics of the substance. A scientist will test the substance’s electrical conductivity, malleability and density. He will also perform other tests to learn more about how the substance behaves in compounds.

By comparing the substance’s properties to those of previously tested materials, a scientist can determine more about the chemical composition of that substance.

Despite their differences, both non-metals and metals are very useful in everyday life. By studying their characteristics, scientists continue to find new and interesting uses for both of these types of elements.