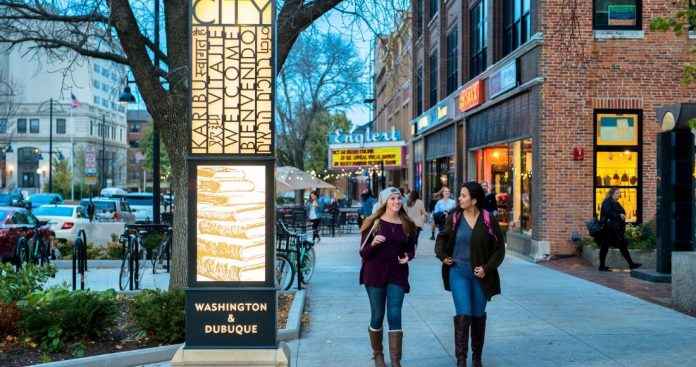 Are you considering Iowa as a place to live? This article will give you the pros and cons of living in the midwest as well as give you insight on living in a rural Iowa town. Iowa was in ten happiest states list. The list was based off of physical health, access to healthcare, safeness in the community, work environment, and emotional health.

The top state was Hawaii and the other nine states are midwest/west states. The list contains Hawaii, Utah, Montana, Minnesota, Iowa, Vermont, Colorado, Alaska, North Dakota, and Kansas in that respective order.

In my opinion, Iowa is a happier state than many because of our slower lifestyle. People who live in Florida and California have more of a tendency to always be on the run and are always having to sit for hours in traffic and things of that nature, which builds stress and leads to an unhappy lifestyle for many.

I am not saying that Iowa is a stress free state but Iowa is more known to have a slower lifestyle where there is usually more time for personal activities. As a resident of Iowa, I can personally say that my life is more slow paced than many people that I know who reside in bigger cities.

Read more The Things to Do in Iowa

I have plenty of time for family and friends and my work life is more laid back than most.

I understand that many of the states who didn’t make the list are huge states that have millions of happy people and I am not putting any state down. I am just stating that from my perspective Iowa is great place to live in terms of lifestyle speed.

Another pro of Iowa is plain and simply the capitol, Des Moines. Des Moines is one of the fastest growing areas in the country and has turned into a very successful city.

The majority of people in Des Moines are content with their lives and the salaries there are continuing to grow. It has become one of the most popular cities in the U.S. to live in. Another thing I love about Iowa in some senses is the location. I do not like the winters here but I do enjoy not having to worry about hurricanes. Hurricanes have nearly destroyed entire cities on the coast and Iowan’s do not have to worry about losing their homes to hurricanes.

Another pro for Iowa is how much you can get for your money compared to Florida or California. In California, you could get a little two room house for $300,000 or more. In a small Iowa town you could nearly buy a mansion for that much. $300,000 dollars in an Iowa town could get you the nicest house in the neighborhood.

Now, we finally have come to the cons of Iowa. The biggest con of Iowa is the winter to me. It gets very cold and snows a lot during the winter and the freezing cold temperatures cause much of the stress that we have here. I would guess that close to 70% of Iowan’s do not like the winters.

I would love to live somewhere like Hawaii and be warm all year round, but the fact is that Iowa is one of the best places to live financially right now. We also have tons of deer, which cause millions of dollars worth of damage to vehicles every year.

Tornadoes also tear through our state every year, but normally they do not cause huge problems. We do have exceptions to that statement however, like Parkersburg, who’s entire town was nearly wiped out by a devastating tornado several years back. In general, tornadoes do not have much effect on the lifestyle in Iowa but it is something to worry about in general.

We do not have as many activities to do in Iowa as people in huge states have and this is why many people who live outside of Iowa consider it to be such a boring state. Not many celebrities reside in Iowa. Sports teams are definitely a downside to many living in Iowa. The crime rate is lower here than many states and in smaller towns it usually is not something to be worried about.

All in all, I personally think Iowa is a good state to live in. If I had enough savings and was ready to move on then I would not have a problem moving to a warmer state but until that point Iowa will be a good state for me to live in. I would recommend Iowa as a good place to live to anyone considering moving here.

The pros have the advantage over the cons and the cons aren’t terrible. As I stated earlier, the worst con is the winter weather, but after time you just learn to live with it just like you do with cons in other cities.