IowalumA Q&A blog shared by Iowa students
Home Food What Produce is In Season in New Jersey for June? 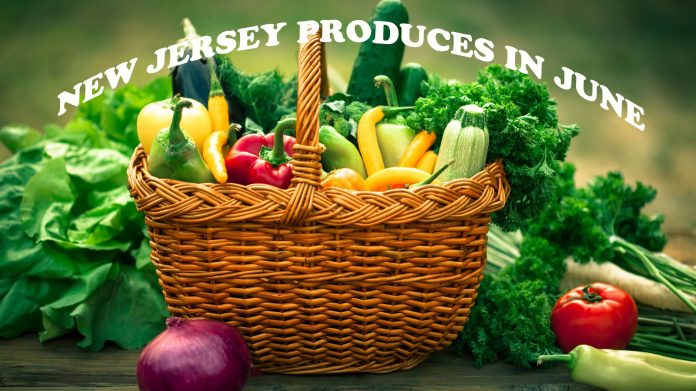 Pick these fruits and vegetables from New Jersey farms and you’ll be getting the freshest, locally grown produce.

The New Jersey Department of Agriculture offers up some advice when deciding what produce to buy. The DOA outlines what’s in season and when. For the month of June, lots of fruits and vegetables are in season.

Blueberries, which are grown throughout much of Atlantic County in New Jersey, are in season starting June 20. The height of the growing season for blueberries is July 5 through Aug. 8, however. Blueberries are still fresh come Aug. 15, but that’s the last of the crop yields in New Jersey.

Beets first appear around June 1 in New Jersey. However, the vegetable is most active from June 1 to October. The hardy vegetable has a long season in New Jersey, which allows for harvesting for a long period, which ample opportunity to buy locally grown beets.

The mighty broccoli’s early season is June 20, which is the earliest you can find ripe broccoli in New Jersey. However, the crop is most plentiful from July 1 to October 31. The summer vegetable can be harvested into the fall. The latest you can find broccoli growing in New Jersey is November 1.

Cabbage is another vegetable that can flourish in June. You can first spot cabbage growing in New Jersey around June 1. The most active crop yields come between June 10 and October 31, according to the New Jersey Department of Agriculture. Like broccoli, cabbage also has a long season that lasts into the fall. The latest cabbage can be found locally is November 15.

The backyard garden favorite of cucumbers first emerge for picking around June 25. However the crop is most active between July 5 and August 15. However, the cucumber thrives in the hotter months of New Jersey, and by September 15, the cucumber crops will be spent.

Looking for Other Produce?

If shopping for produce other than the ones listed above, chances are it isn’t grown locally and is instead trucked in from elsewhere. The June temperatures of New Jersey are only favorable to certain fruits and vegetables this month.

The Garden State of New Jersey produces a wide range of crops in June. Come June, many fruits and vegetables can be found locally growing in New Jersey.

If you are shopping for fresh, locally grown produce in June, look for vegetables such as cucumbers, broccoli, and cabbage. Locally grown fruits available in June are limited to blueberries and cherries, according to the state Department of Agriculture.

You can find a complete list of produce availability on the DOA’s website as part of the Jersey Fresh campaign. Throughout the year the state website updates what’s available, and forecasts what the crop yield may be.

The New Jersey Department of Agriculture offers up some advice when deciding what produce to buy. The DOA outlines what’s in season and when. For the month of June, lots of fruits and vegetables are in season.