IowalumA Q&A blog Shared by Iowa Students & People
Home General Knowledge Tai Chi And The Curious Case Of Its Origins: How Did This... 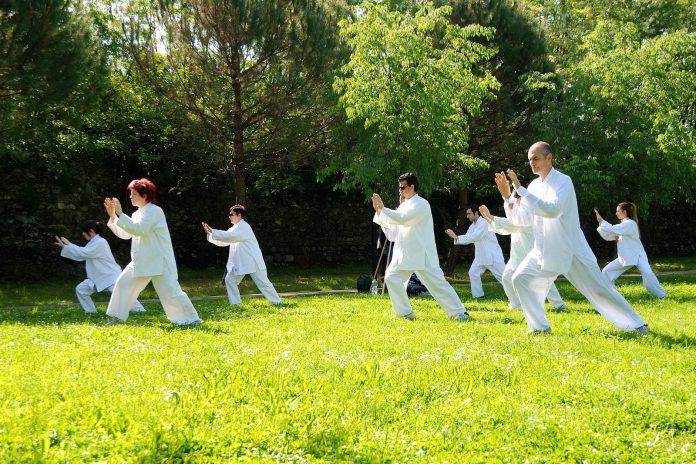 Tai Chi Chuan, ( prounounced “tie chee chwan”) originated in China approximately 3,000 years ago. It is often called “the soft or gentle martial art”. Today, millions all over the world practice Tai Chi because there are no age restrictions and people of all levels of physical skill can engage in its practice and gain health benefits from it.

It is said that its origins began with the Taoist Monk, Zhang Seng Fung. There are also several other theories as to its origins.

Tai Chi Chuan (pronounced “tie chee chwan”) originated in China approximately 3,000 years ago. Its origins start with the Taoist Monk, Zhang Seng Fung. How it truly began is up for debate.

One theory has it that the Daoist Monk Zhang Seng Fung was searching for a fabled elixir of immortality. After one particularly exhausting day, he fell asleep and in his dream, he saw the fighting moves of Tai Chi Chuan. After reflecting upon his dream, and practicing the moves he saw, he realized that these series of moves was the “elixir of life”.

He experienced great health, strength and flexibility as he continued to practice these moves and he passed down these series of exercises to other monks that did not exercise.

The Snake and the Crane

Another theory has it that while meditating in his garden, Zhang Seng Feng heard hissing coming from the bushes. When he went to investigate, he saw a white crane and snake fighting. He observed that even though the crane was much larger and seemed to have the apparent advantage, the snake was agile and adept in his defense and attacks.

Mesmerized by this example of natural law, he imitated the moves of both the snake and crane, thus creating the “ebb and flow” moves and leg balances that Tai Chi is known for.

It is also believed that military officer Jiang Fa learned Tai Chi from a gentleman named Wang Zong-Yue. It is said that Jiang Fa hid in the now famous Chen Village, where it is thought that this was one way that the style of Chen Tai Chi was born.

Tai Chi movements reflect this philosophy as for moves that flow forward, there are moves that yield.

Why Tai Chi Is Different Than Other Martial Arts; The “Internal Theory”

Tai Chi is considered a “soft” or “internal martial art”. This means that its movements improve the health of the internal organs: the heart, spleen, liver, kidneys, etc., as opposed to the benefits that running, lifting weights or practicing martial arts that put stress on the joints and muscles.

However, many of the Chinese monks, particular those of the now famous Shaolin Temple believed that for ultimate health, one should practice both hard and soft movements while young, then focus on the more meditative Tai Chi as one got older.

Tai Chi is now practiced by people who enjoy engaging in a daily fitness program without stress or strain. There is no age minimum and no physical skill level required. There are also calming, meditative benefits gained because it is executed slowly and thoughtfully.

No wonder that this ancient system of exercise, so rich in culture, is so popular today throughout the world.