IowalumA Q&A blog Shared by Iowa Students & People
Home General Knowledge What is the True Meaning of Advent? Is it all About Children’s... 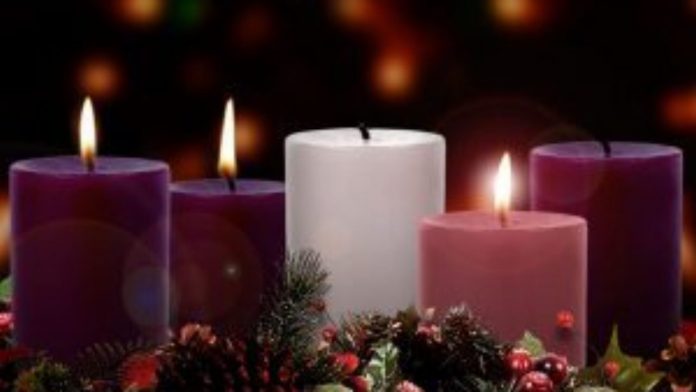 Advent is the four weeks leading up to Christmas. Christians traditionally marked this period by fasting and penitence. The word “Advent” comes from the Latin “advenio,” meaning the coming, or arrival of an important person or holiday.

Advent historically marked the anticipation of the birth of Christ as prophesied by Isaiah and other prophets in the Old Testament of the Holy Bible. Today, Christians may also use the four weeks of Advent to meditate on the second coming of Jesus as proclaimed in the New Testament.

The Advent Wreath is usually made from the leaves of evergreen trees, although latterly, artificial wreaths have become more popular. The wreath will generally have four candles placed around the edge and one in the centre.

Traditionally, the first three candles would be purple or blue in colour and the fourth pink. Each candle would be lit in turn on the four Sundays leading up to Christmas, the pink candle, known as the candle of joy, being lit on the third Sunday. The fifth, white, candle would be lit on Christmas Eve, signifying the birth of Christ, “the Light of the World.”

Christians are believed to have celebrated Advent by lighting candles from around the 16th Century. The ritual of lighting candles at this time of year actually originated in Northern Europe and predates Christian times.

In modern times, the typical Advent calendar is produced by a chocolate manufacturer; the front of the calendar will be illustrated with pictures of Santa Claus and his reindeer and the insides of the windows will feature festive icons such as robins and puddings. And of course, a scrumptious piece of chocolate, again in festive shapes, will be wrapped and placed in the window with the date on the outside.

Often, the anticipation felt by the lucky recipient of the gift calendar will not be related to religion, but rather, it’s common for the child to eagerly anticipate the coming of Santa Claus and his sack of presents.

The Advent calendar, however, has its historical roots in the Christian celebration of the coming of Jesus. Children were encouraged to join in the worship of the Messiah during the four weeks preceding Christmas. The earliest Advent calendar is believed to have been printed in 1908 by Gerhard Lang in Germany. Initially produced with pictures to illustrate each day during the Advent period, later calendars featured little windows that the child could open each day which added to their expectation.

The Bible offers hope that’s difficult for some to envisage in a consumer frenzied society. Right from the early books of the Old Testament, Christians believe God delivers His people out of slavery into the Promised Land. The promise of the Messiah was eagerly anticipated by the children of Israel. The promise of the second coming of Christ is now eagerly awaited by Christian believers around the world. This is the true message of Advent.