IowalumA Q&A blog shared by Iowa students
Home IOWA What is a Caucus? How Iowa May Determine the Next US President 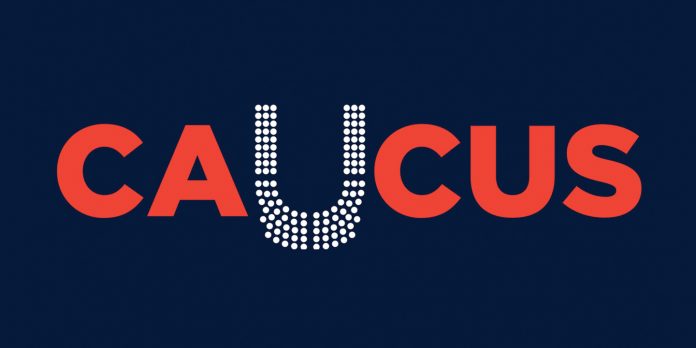 Tonight, people will gather in homes, school gymnasiums and town halls in each of the 1784 precincts across the state of Iowa to begin the process of determining America’s next president.

Iowans will participate in a caucus–a unique political process when voters in each political party will be given the opportunity to talk, debate with and even persuade their neighbors before declaring a candidate of choice.

Caucuses take place in Iowa every two years, but it’s the presidential caucus that occurs every four years that gets the most attention.

How does a caucus work?

Rather than entering a voting booth for a quick pull of a lever, caucus members enter a designated location and engage in heated debate about the candidates. After about 30 minutes of debating, they cast a vote.

Republicans vote by casting a secret ballot–once debating has finished, no one knows who they voted for. Democratic caucus members can demonstrate their candidate of preference by doing any of the following:

Following the first vote, caucus-goers take a count to see whether their candidates are “viable.” A viable candidate must have about 15-25% of the vote in order to stay in the game.

If a candidate is “unviable,” caucus attendees must either join with a viable candidate, or stand with another unviable candidate to try to increase that candidate’s chances of winning. After another 30 minutes of discussion, they vote an additional time before the caucus closes.

Tonight’s caucus won’t actually determine Iowa’s candidates of choice. First, the caucuses must select representative delegates to send to county conventions in March, followed by a state convention in June, when the favorite presidential candidates for each party are finally selected.

Why all the hype?

Although this doesn’t sound like very scientific process, the Iowa caucus can help forecast the next president.

Because the state has a history of functioning as a cross-section of the American people, both in party preference and ideology. It’s also the first state in the nation to weigh in on the candidates, and that first indicator can help to sway the rest of the nation in favor of a particular candidate.

This is why presidential candidates have spent so much time and money—about $420 million so far—on the residents of Iowa. It’s the first big hurdle in a long list of challenges. Following the Iowa Caucus, many candidates simply choose to drop out of the race.

This is the night that current presidential frontrunners like Hillary Clinton, Barack Obama, and John Edwards (representing the left, or Democratic Party); Mitt Romney and Mike Huckabee (representing the right, or Republican Party) have been waiting for.

They’ve spent the past three months almost exclusively in Iowa talking to grandparents, schoolteachers, and war veterans; kissing babies and posing for photo ops. The Clinton campaign has even purchased 600 snow shovels to make sure that caucus members can get out of the house in the event of storm.

For three days, the media has been camped outside in the freezing Iowa winter, hoping for a glimpse of America’s future. And the American people, long kept in the dark, are waiting right there beside them.