IowalumA Q&A blog Shared by Iowa Students & People
Home General Knowledge What is a Criminogenic Society? Factors that Could Lead to Crimes 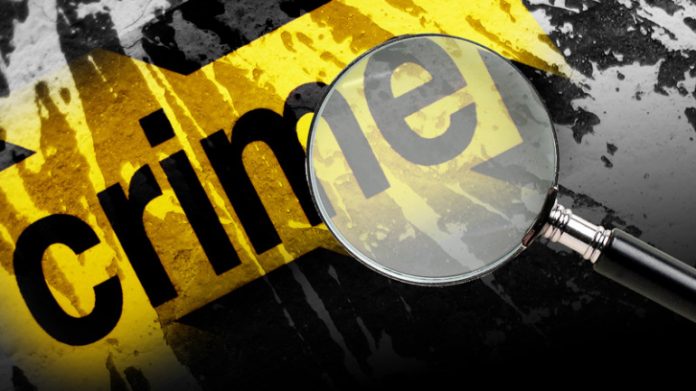 Criminogenic is a term which means rising number of criminalism due to social disorganization, anomie/strain, culture conflict, “criminal” subcultures and demographics.

Criminogenic is the term coined by criminologists to describe the phenomenon of rising tide of criminalism. Criminogenic is a condition where the inner city has become a place where the social forces contribute to the formation of predatory criminals that are stronger and number more than the social factors that form upright citizens.

Origin of the Philosophy of Criminogenic

The philosophy of criminogenic could be traced to the Chicago School of Criminology in the 1920’s and ‘30s that supported the environmental factors of criminality. The Chicago School was a movement that started at the University of Chicago.

It did not support the view that individual morality alone is the cause of criminal acts but rather the external factors such as the environment in which the individual resides in.

Anomie is a condition where there norms are no longer followed in society or there is a condition of normlessness. There is an apparent threat to the “collective conscience” of the society. This could happen when sudden and huge changes are introduced to the affected society. It could also be caused by transition of the small town to becoming a city. Institutional anomie is another factor that promotes crime.

It is a state where economic concerns are given more priority over family, schools and religion. These changes could affect the person and thus could serve as breeding ground for crime.

Structural strain occur when there is conflict between the end desired and the means to achieve it. This means that everybody wants prosperity, wealth, happiness but the means to acquire them vary. Not all people can achieve their dreams because of some factors such as poverty. Due to these impediments, people resort to new ways to reach them. Some of these ways, however, could harm people such as robbery, assault and property crimes.

Poverty however is not the only cause of the strain. There are also general strains such as being prevented from achieving their aims, lose of something important, negative and experiences or stimulus such as bullying.

This environment model that explained criminogenic society supported by the Chicago School reached its peak in early 1960s when Robert K. Merton proposed the “Strain Theory”. In it, he claimed that America’s fixation on achieving the “American dream” or economic advancement caused crime and deviance. Strain theory sees delinquency or other socially deviant behavior as caused by the frustration an individual felt for failing in achieving this supposed desired material end espoused by the American dream.

Race, class and gender are also factors for a criminogenic society. It is a common perception that those who are rich and famous do not get punished by the criminal justice system. If they do, they are often meted lighter punishment than poor people, those in the minority or even men, in general.

Minorities are people who have lesser income or are unemployed. This view could be or be not true. How it affects the public’s perception would be of great concern since it could be a factor in shaping public policies.

Economic factors also contribute to crime problems. It is observed that in highly urbanized and industrialized cities, property crime also rises. Another economic factor would be the inequality of income. Those with lower or no income are more prone to commit crime against people with much higher earnings. Poverty causes depression, family troubles and instability in community.

Structural strain causes an increase in street crimes and general strain leads to rise in deviant/antisocial behaviors such as delinquency and criminality.

Poverty and Unemployment Factors May Not Cause Crime

It is, however, noted that poverty and unemployment are not necessarily the main contributing factors to crime. Rather, it is the culture of criminality encouraged in the inner cities. This situation is best exemplified in the high unemployment period in the United States sometime in 1949, 1958 and 1961.

Unemployment at that time was pegged at 6 to 7 per cent. Despite the poverty and depression, crime rate was relatively low at 2 percent. When unemployment dropped to a manageable 3 to 4 percent rate in the years 1966 to 1969, crime increased to 4 percent. Therefore, it can be gleaned that unemployment or lack of money may not necessarily contribute to rise in crime rates.

From this situation, it can be seen that unemployment could not be the main cause for crime. It is the culture in which one grows up with that encourages crime and discourages people to seek legal employment.

In the process, crime is seen as ordinary and even normal. To put it simply, the “culture of criminality” is not similar to the “culture of poverty”. It is what is in the mind of the person, how he sees his lot and the ways he attempts to improve it that determines the kind of culture he is inclined to use.

To prevent crime, it is important to delve into the causes of the problem. Once the causes are known, finding the best solutions that would effectively address it would follow.

For instance, knowing what the real causes for juvenile delinquency are would enable legislative bodies to form realistic and definite steps to either stop it or prevent it. Not only stop crime but also prevent it from recurring. The causes delineated above could help form effective public policies that actually curtail crime rather than encourage them.