IowalumA Q&A blog shared by Iowa students
Home Editorials What is a Dysfunctional Family?: Harmful Patterns in the Family System 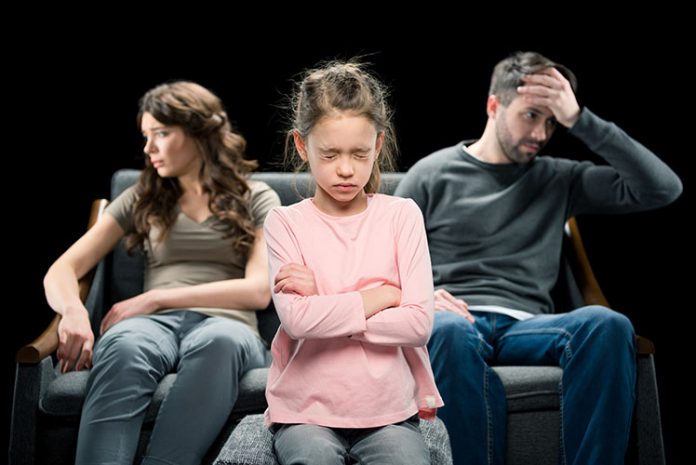 A dysfunctional family either fails to perform the tasks that fulfill the purpose of the family or only manages to perform them using harmful or counter-productive methods. It’s a system that doesn’t work very well or one that hurts the people in it. Counter-productive actions are repeated again and again until they become an intrinsic part of the system. In a dysfunctional family the ends are always valued above the means.

The Purpose of Family

However, when the basics of life such as making a living or caring for children become immersed in addictions, lies, violence, or emotional abuse, the family system becomes dysfunctional.

Dysfunction is Generated by Misguided Attempts to Solve Problems

All dysfunctional behavior patterns grow out of actions and attitudes that were supposed to solve a problem. How does this work? Suppose Dad hates his job. He may feel he has no other way to support the family. He may fear financial catastrophe might result if he quit to look for a new job. He might start to drink as a way to cope with the stress.

Since Dad’s drinking allows him to (just barely) tolerate working at a job he hates, this behaviour becomes accepted as part of the family system. However, Dad’s “solution” to the job problem may start to backfire– his drinking may start to have severe and unpleasant consequences for Dad and for the other family members. But since the family members think the drinking helps hold things together, they tolerate, deny, minimize or otherwise discount the severity of the problem.

Over time, Dad’s supposed solution to the job problem becomes a problem in and of itself. In other words, not only does Dad have a problem with his job, Dad and the rest of the family now have to cope with a new problem, Dad’s drinking. Dad and the family members all develop various strategies for dealing with the drinking. Below of some of the coping strategies commonly enacted by dysfunctional families:

Non-communication and Secrecy are Signs of Family Dysfunction

Family members learn explicitly or unconsciously that they should never be vulnerable, never open up to ‘outsiders’, and do their best to stuff any feelings that are deemed unacceptable.

Chronic Anger and Fear are Signs of Family Dysfunction

As a result of the lack of communication and the existence of shameful secrets, family members live with a constant level of anger and fear. Anger and fear become a part of the fabric of everyday life to an extent that family members’ no longer even notice it. However, they pay the physical price associated with constant anger and fear in terms of their health, their relationships outside the family, and their self-esteem.

The dysfunctional family operates within a model of scarcity — that there is a severely limited amount of love, time, money, food, clothing, safety, etc. The members of the family learn that all of these things must be earned through competition. Rather than developing means of working together, family members pit themselves against each other. Competitiveness exacerbates all of the problems listed here.

For example, it is an appropriate use of parental power to assemble portions of food on a three-year- old’s plate, and to cut up large pieces of food into bite-size pieces. But there is no need to portion or cut up food for a ten-year-old. Controlling behavior like this can have severe consequences for both the controller and the controllee, but in the moment, unequal division of power seems like the best way to maintain the fragile balance of the dysfunctional family.

Because most of the family members were not allowed their own power for fear they might rock the fragile boat, they developed inappropriate dependence. Dependence props up and helps perpetuate unequal power structures.

For example, the ten-year-old who was not permitted to portion and cut up his own food may develop into a young man who is uncertain, afraid, and de-skilled. People raised in dysfunctional families are often being terrified to let go of destructive patterns. However baffling it may be to people outside the family, they cling to destructive patterns like their lives depend on it.

Rigid Roles Within the Family are Signs of Family Dysfunction

In addition to these characteristics, members of dysfunctional family systems resort to taking on roles within the family that allow them to tolerate both the root problem (e.g. Dad’s drinking) and the other symptoms of dysfunctions (e.g. non-communication, anger and fear etc.). These roles help the family members maintain the appearance of equilibrium but allow the core reasons for the dysfunction to remain unchallenged.

Consider the Family as a Whole

The dysfunctional patterns that occur are many and varied. What is key in understanding dysfunctional families is that the dynamics only make sense if you consider the overall family dynamics. In a family everything affects everything else. No behavior pattern develops in isolation, they impact and are impacted by other patterns in the family.

The fact that families function as a systemic whole is good news for individuals who want to change destructive patterns. Because the behavior patterns of the individuals, a change in one individual’s behavior brings about shifts and changes in the behaviors of other family members.

It takes time to change ingrained patterns, but with steady persistence, change will occur. To take a stand against destructive patterns in your family, be sure to examine your methods as well as your goals. Since dysfunction occurs when people behave as though ‘the ends justify the means’, as you grow and change, put equal emphasis on both means and ends. By embracing both process and product, we can leave dysfunction behind in favour of creativity, love, flexibility, and happiness.