IowalumA Q&A blog Shared by Iowa Students & People
Home Education What is a Montessori School? Learn More about the Montessori Approach to... 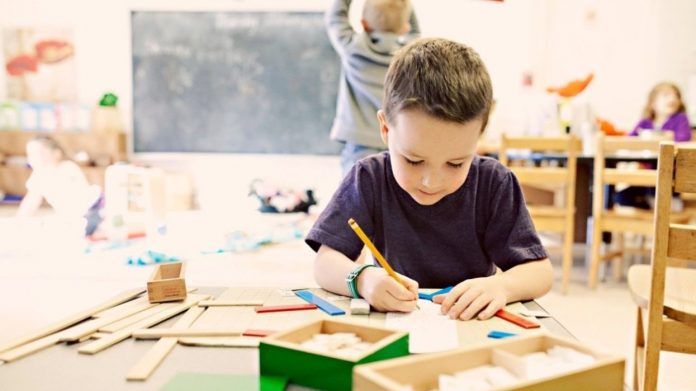 Maria Montessori was born in Chiaville, Italy, in 1870. She was the first female to practice medicine in her native country, graduating from the University of Rome in 1896. It was during the early years that she spent practicing medicine that she first became drawn to young children and developed a sincere desire to understand and facilitate their growth and development.

How the Montessori Approach Developed

Dr. Montessori spent several years working with developmentally disabled children. During these years she developed her own learning materials, which encouraged and challenged these children to learn new skills and grasp new concepts. Her great success in this work eventually led her to take her philosophies into new areas. As she brought her ideas to main stream society, her success as an educator continued to grow.

Dr. Montessori proposed that children construct their own unique personalities based on their experiences as well as their early interactions with the world around them. Modern ideas have confirmed what Maria Montessori first imagined, that children form their basic personalities before the age of 6 years old. With this philosophy, Dr. Montessori developed her own auto didactic learning materials, which provided the children she worked with the opportunity to learn spontaneously, with little adult “interference.”

Today Montessori Schools, which operate by the same learning principles and philosophies that first guided Maria Montessori, have sprung up around the globe. These schools are led by educators who view their roles in the classroom as “facilitators” rather than instructors or teachers. The philosophy is displayed in the classroom as facilitators introduce children to new materials, each designed to promote a specific area of growth and learning.

Based on the idea that children begin learning from birth and that they learn best through experimentation and exploration as well as practice and repetition, children are introduced to new materials whenever they have mastered the previous ones. A child who demonstrates boredom with materials is considered to have mastered the specific set of skills to be learned from materials. Montessori materials include items designed to promote critical and logical thinking, and those which help children learn basic academic skills such as Math, Science, Reading, Art, and Social Studies.