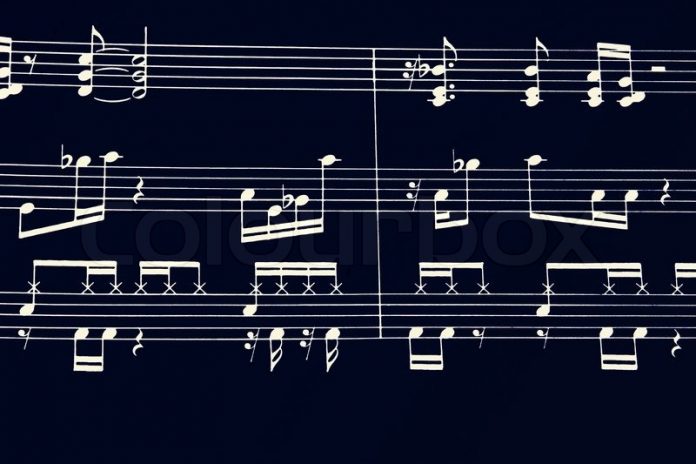 The word scale is Latin in origin, being derived from the word scala meaning “ladder”, this article explores the use of scales in music.

The word scale is Latin in origin, being derived from the word scala meaning “ladder”, this article explores the use of scales in music. Basic music theory defines a scale as “an alphabetical succession of sounds ascending or descending from a starting note” (Rudiments and Theory of Music 1958:4)

This explanation is further elaborated by the observation that “it is the position of tones and semitones that decides the kind of scale”. For example, in the scale of C Major are found two disjunct tetrachords of tone, tone, semitone [c, d, e, f,; g, a, b, c’].

Arrangement of Tones and Semitones

Other types of scales, each determined by a particular arrangement of tones and semitones, are the natural, harmonic and melodic minor scales. The starting point of a scale is called the tonic. In compositions, notes not found in the scale are sometimes used and these are referred to as accidentals (Rudiments:4ff; 21ff).

Tones used in a Composition

Bruno Nettl writes that ethnomusicologists use “the word ‘scale’ to mean something rather different from what it means in traditional music theory”. He defines scale as “those tones–and intervals among them-which are used in one or a group of compositions”. As such, scales can be diatomic, tritonic, tetratonic, pentatonic, hexatonic, or heptatonic depending on the number of tones employed.

In this system, it is common practice to omit octave duplications, but Nettl questions the thinking behind this, noting that not all cultures consider notes which are separated by an octave to have a similar identity. (Nettl 1964:145). According to Nettl’s definition, so-called accidentals should be included as part of the scale.

Mantle Hood postulates two concepts of scale. The first is the theoretical scale which “consists of all the pitches available within the system” and the second is the practical scale which includes “those pitches which are used within a specific set of circumstances” (Hood 1971:324).

In the field of Indian music there is no exact equivalent for the word scale. The traditional view of scale resembles the Indian concept of murchhana and its more modern counterparts thât and mela. Hood’s “theoretical scale” closely resembles the grama of which three different forms are said to have existed in Ancient India.

Nettl’s ethnomusicologist’s scale and Hood’s “practical scale” can possibly be translated by arohi-avarohi, (the ascending and descending pattern of a rag, but this does not always include all the tonal material available in the rag).

Indian classical rags are classified as being either auruv (pentatonic), sarav (hexatonic), or sampûrna (heptatonic) but again the Indian usage of the terms differs from the western. If a rag uses five notes in the ascending and seven in the descending it is classified as aurav-sampurna (pentatonic-heptatonic) and not heptatonic as might be the case in the west.

Furthermore certain rags employ five notes in the ascending and five in the descending, two of the latter being different from the former (i.e. Bilash Khani Todi) and are classified as auruv (pentatonic) even though seven tones are being used.

Thus there is no exact Indian equivalent for the word scale. Depending on the context, this word may be translated as either grama, murchhana, that, mela, or arohi-avarohi. Likewise, the terms aurav, shaurav and sampurna, though they resemble the concepts of pentatonic, hexatonic and heptatonic respectively, their use in comparative state-ments may require qualification.