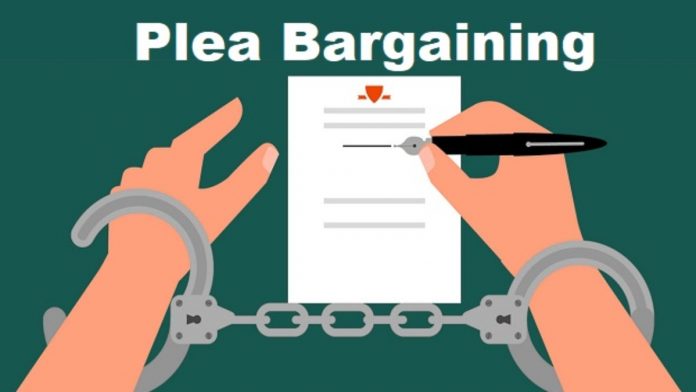 Plea bargains are an essential part of the criminal justice system, and provide an efficient way to resolve criminal court cases.

The overwhelming majority of criminal cases in both state and federal courts are resolved through plea bargains (also known as plea agreements). The process of reaching such an agreement is known as plea bargaining or as plea negotiations. In a plea agreement, a defendant agrees to enter a guilty plea to one or more charges rather than go to trial.

In exchange for the defendant’s guilty plea, the prosecutor agrees to dismiss one or more charges against the defendant, agrees to reduce a charge to a lesser offense, and/or agrees to make recommendations to the judge regarding sentencing. The particular structure of the plea agreement will vary from case to case.

Plea bargains are not as binding on the parties as some other types of contracts normally would be. A defendant can back out of a plea agreement any time before he has actually entered a guilty plea, and even after entering a plea there are circumstances in which a defendant can request that the plea be set aside. Prosecutors can back out of plea agreements as well, under certain circumstances.

The prosecutor can revoke a plea offer before the defendant enters a plea, unless the defendant has detrimentally relied on the plea offer prior to its withdrawal or unless the trial court orders enforcement of the plea agreement under principles of contract law. The specifics of plea bargain enforcement and other circumstances in which agreements can be broken vary among jurisdictions.

Also, most trial courts rarely interfere with the terms of the plea agreement, relying on the parties to have reached reasonable terms for settlement. If the courts made a habit of rejecting plea agreements, the system would break down very quickly and the docket would become clogged with a backlog of cases.

The plea bargaining system is a popular target of politicians and others who seek to manipulate public opinion. However, without plea bargains the criminal court system would collapse under the weight of the current case load.

As criminal prosecutions in this country continue to rise, the number of plea agreements will continue to rise with them. Plea bargains can be an effective way to dispose of cases in a way that makes efficient use of judicial resources, and are an integral part of the criminal justice system.