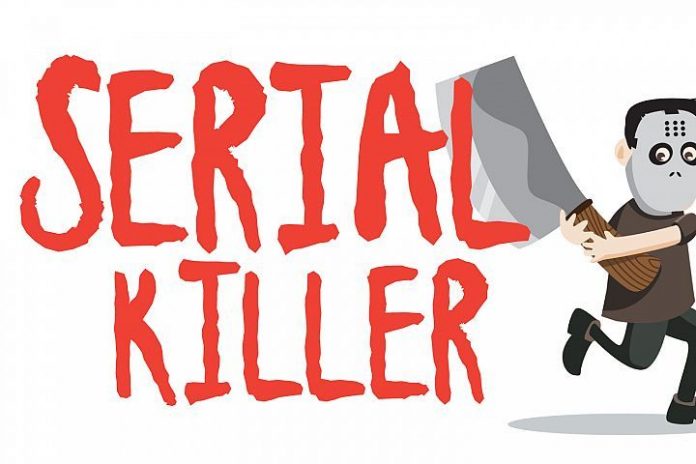 Serial killers usually murder two or more unrelated victims in separate crimes. Most will stalk a certain type of individual that they prefer as their victim.

The definition of a serial killer, according to the Oxford English Dictionary, is: “A person who commits a series of murders, often with no apparent motive and usually following a similar, characteristic pattern of behavior.”

Traits of a Serial Killer

According to the Behavioral Science Unit of the FBI’s Training and Development Division, the term serial killer was initially used in 1970. Most are Caucasian males, and 85 percent of serial killers are found in the United States. It is also believed that there are between 20 and 50 unidentified killers on the prowl at any given time.

So many serial killers appear to be normal and even charming that the name “mask of sanity” has been given to this trait. Many seek victims with common attributes such as gender, race, hair color or style or other appearance qualities.

Studies have found that while killing is about control, a serial killer usually kills for two basic reasons. One reason is for personal gain such as revenge or money, and the other is for the sheer pleasure of killing. While the pleasure is often of a sexual nature, it isn’t always in the way that most people would define sexual pleasure.

It has also been found that many serial killers are often abused children and the abuse is mostly at the hands of their mothers. This seems to lead to some murderers’ inclination to kill women who may remind them of their abusive mothers.

A serial killer is generally one of three types:

2. Mission Oriented: These killers think they are doing society a service by getting rid of certain members of the population.

3. Want Power and Control: This serial killer enjoys the control he maintains over his victim. He likes their terror and suffering, enjoys their screaming and begging for mercy.

Often serial killers will keep mementos of their kills. Generally these mementos fall into two categories, souvenirs and trophies. Police classify a souvenir as a personal item from the victim by which the killer can relive memories of the ordeal.

Trophies are generally something the killer can use to build a shrine. These may be victim’s body parts, photos or pieces of hair or skin.

The Signature of a Serial Killer

Sometimes the killer will leave a distinct signature or psychological marker at the crime scene. Others will leave a not-so-obvious signature that may not be apparent at first to investigators or may be lost through decomposition. Serial killers also seem to evolve over time and their techniques or mode of operation (MO) may change.

Jack the Ripper is one of the world’s most famous serial killers. Others include Jeffrey Daumer, Charles Manson, the clown John Wayne Gacy and the charming Ted Bundy. While serial killers are predominantly male, there are some female serial killers as well. These include Bonnie Parker of Bonnie and Clyde fame, Belle Gunness and Kitty Genovese.

With all the famous serial killers throughout history, there are still many serial killings that have never been solved and probably never will be.