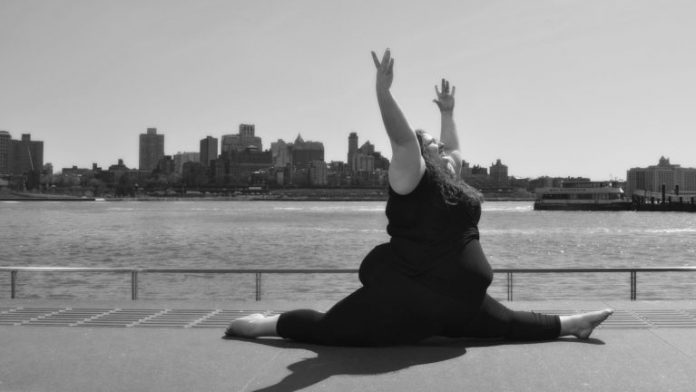 The fat acceptance and Health At Any Size movement is a political feminist movement exposing and discussing fat phobia and discrimination against fat people.

A number of blogs with catchy titles (Shapely Prose, Largesse, The F Word) and taglines (We’re Here, We’re Sphere, Get Used To It) are critiquing everything from billboards to Jenny Craig in the name of feminism. The movement is the fat acceptance or size acceptance movement, also referred to as “adipositivity”.

Adipositivity blogs unashamedly use the words “fat” and “fatty” to describe themselves and others. This is a deliberate effort to reclaim the word “fat” as a neutral descriptor rather than an insult. As a commenter on one fat acceptance blog put it:

“I like the word “fat”. Fat is what I am. I’m not fluffy (I don’t have feathers or fur or anything of the sort), I’m not curvy or voluptuous (which imply, for me, bustiness, which I do not have), and obese just makes me cringe (don’t get me started on “morbidly obese”, which is just horrific).”

Use of the word “fat” also avoids the negative term “overweight”. Some members of the fat acceptance movement self-refer as “chubbies”, “chubsters”, “fluffy” or “roly-poly”; others, like the commenter above find these terms unnecessarily euphemistic or inappropriate and prefer the simpler term “fat”.

The media commonly depicts fat people as ugly, lazy, greedy, oafish, slovenly and otherwise repulsive. Fat acceptance blogs frequently pick up on these portrayals and use them as the basis for discourse and deconstruction.

Many adipositivity forae do not permit discussion of weight loss goals or methods. This reflects the idea that fatness is an acceptable way of being in its own right, not a problem to be fixed or a state to be temporarily endured. Negative self-talk is also discouraged on fat positive sites, as it indirectly condemns others of similar weight.

Why the Adipositivity Movement is Feminist

While men as well as women are involved in the fat acceptance culture, the majority of adipositive bloggers and writers are women. Most explicitly link fat acceptance to feminism (and sometimes LGBT issues).

The reasoning is that issues of discrimination overlap with feminism, and that fat women are subjected to more intense expectations, hatred and pressure to conform to societal beauty standards than men. Much fat-positive activism is specifically targeted at the female fashion and advertising industries.

What is “Health At Any Size”?

HAAS is the principle that larger-sized people are not inherently unhealthy. Recent medical studies have underscored the genetic basis of fatness and the general inability of dieting to achieve permanent weight loss.

Other studies have demonstrated that fat people are not necessarily in poorer health than thin people. The slogan “Health at any size” echoes the desire of the adipositivity movement for health care providers to work with fat people towards maintaining optimum health rather than achieving weight loss.

What is the “Adipositivity Project”?

The Adipositivity Project, started by a photographer pseudonym Substantia Jones, is a gallery of professional photographs of larger women. The women are photographed clothed, nude or partially nude; the faces of the models are not shown.

The artist’s intent is to cause the viewer to reflect on the beauty of fat bodies, and to realize that the many fat women he or she knows have similar bodies under their clothes.

To get involved with the adipositivity movement, begin by using what bloggers refer to as the fat-o-sphere to find fat acceptance blogs, articles and research.