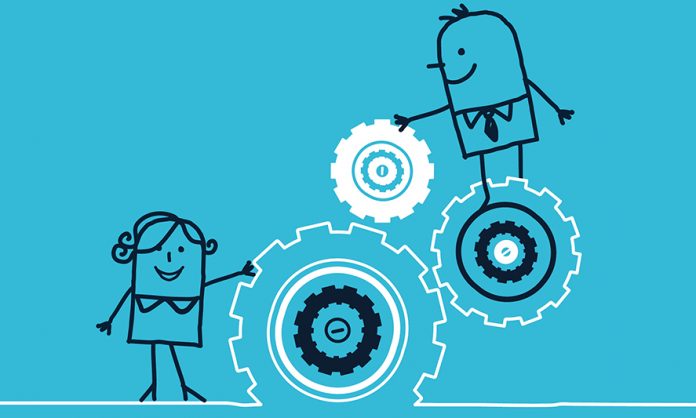 Contrary to popular belief, engineers don’t usually operate trains and wear blue overalls. Instead, they are in offices, job sites and board rooms; cities, the outdoors and small towns; factories, shops and tall buildings.

Unfortunately for engineers and the majority of the ignorant public, most people don’t even know what an engineer does. Unlike doctors, lawyers and cops, prime time isn’t filled with dramatic shows about land surveyors and designers. When was the last time you saw a movie about an engineer? That’s right, Apollo 13– kind of.

The truth is, approximately everything around you was engineered in some fashion. The car you drive, the asphalt you drive on and the bridges you drive under were all made possible by groups of faceless men and women you will probably never meet. Civil engineering has been around long enough to make Great Walls and Pyramids happen, and Aerospace Engineering sits at the cutting edge of technology.

Engineering and designing are occasionally used interchangeably. In most cases this is warranted and I am not suggesting the variation of this usage, but designing is actually only one duty of what an engineer can be responsible for. Testing, planning, research, management, development and maintenance are just a few of the responsibilities that an engineer can be involved in.

In this broad sense, defining engineering is very difficult in any medium smaller than a dictionary sized book. Many have done it and done it well, and those resources are out there for one of the most boring experiences you will ever attempt. But when you are in a surprisingly obscure profession such as engineering, you get asked what you do rather frequently.

The three hundred thousand word answer usually won’t suffice in this situation so you have to improvise. Usually. So here is my attempt at the short answer to what engineers do.

Sound funny? Breaking materials is fundamental in determining what force a member can take. If you know that a car will weigh four thousand pounds, you don’t want to just guess what material to make the axle out of. Instead, you take relatively small material samples (metal-ish in this case) and you push them and pull them and bend them, carefully measuring at what point they ‘fail’.

That sounds like an incomplete sentence, but size is actually a powerful verb. If the pipes buried beneath the ground are too small, we won’t have enough water for our needs. But if they are too big, they won’t have the pressure required to carry the water to the shower head in your bathroom.

Someone has to figure out supply and demand and determine the appropriate size for optimal performance, safety and minimum financial burden. Bridge piers, freeway widths and piston heads are all examples of typical things that need sizing.

After the completion of a project or design, the job is not done. Testing indicates field performance, finds potential problems and evaluation helps improve future designs. Extended monitoring helps measure deterioration and determine the safe lifetime until replacement.

This process not only insures safety over the life of the product, it is the catalyst for innovation.