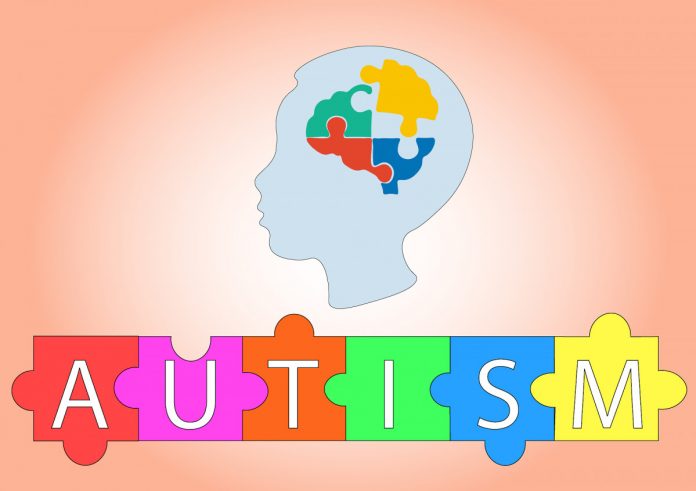 Lower levels are often called Asperger’s Syndrome, whereas at higher levels, the disorder is called Autism. The level the person is at determines the symptoms and treatment needed.

Because of Autism being so variable, it is difficult, if not impossible to truly characterize this disorder. It has been found, however, that Autism generally appears around six months. It is usually fully established by three years old and continues throughout life, though it seems to be less apparent in adulthood.

There are cases where children develop normally, then around two or three begin to regress.

Since this disorder directly affects the part of the brain dealing with social interaction and communication Autistic people tend to have trouble with creating and maintaining relationships and effectively communicating their thoughts. Also their interest are often very limited . People with Autism tend to find comfort in repetition.

Even as young as six-months-old, babies with Autism seem to be less interested in others. An Autistic baby generally will not smile as early as others their age. They may not look at other people as often, or even respond to their name, as easily as babies without Autism.

This tendency to be alone continues into childhood and even adulthood. The loner attitude often leads people to believe that Autistic people do not attach and actually prefer to be alone. This, however, is not the case. Autistic children do attach to their parents and/or their primary caregivers. People with Autism need friendship just as much, if not more, than everyone else.

However, they cannot express or interpret feelings or nonverbal communication cues. They simply lack the intuition and understanding that is ingrained into the rest of us. This makes creating new friendships extremely hard, and maintaining them even harder.

As a result, the Autistic person tends to feel lonely and unhappy. Being unable to express these emotions often has a negative effect on their behavior. Being unable to communicate properly their needs can have an equally bad affect on them. They may throw temper tantrums, become aggressive, or even destructive. Or they may become introverted which could lead to depression and worsening of symptoms.

In addition to the main four symptoms and possible behavior problems some Autistic people may have abnormal eating habits, avoid eye contact, or have great difficulty in the concept of taking turns or sharing.

How is Autism Diagnosed?

If you suspect that your child may be Autistic, your pediatrician would be an excellent starting point. Explain to him/her your observations and concerns. Your pediatrician may ask for additional information. If he/she believes your child might have Autism he/she will likely order a series of physical tests to rule out other possibilities. Usually the tests will consist of hearing, vision, blood, and urine.

Once the results are in you will need to schedule another appointment at which he/she will discuss results.

If further tests are necessary your pediatrician may have your child have a chromosome test, EEG, MRI, and IQ tests. He may also request that your child see a language therapist, developmental specialist, psychiatrist, and a psychologist.

Once all these requirements are met, your pediatrician should be able to give you a diagnosis and explain treatment requirements.

Unfortunately, Autism is not curable. Nor can you treat the Autism itself, but the symptoms of Autism can be treated. You can also get help for your child’s developmental delays.

How much treatment your child needs depends on the level of his/her Autism. Some children can lead mainly normal lives, while others regardless of treatment, will never be able to function on their own.

If your child’s a milder case (Asperger’s Syndrome) he/she will likely be able to attend regular school classes with a minimal of help. Others may have to take special classes, while the most severe will need to attend a school that is catered towards mental health and learning disabilities.

If your child’s Autism comes with behavioral problems such as aggression, self-injury, mood swings, destructive patterns, or tantrums they may need medication to calm him/her down.

Unfortunately, the full list of causes is yet unknown. The little that is known is a bit sketchy, but enough to give us the general idea.

It has been proven that one cause stems from genetics. It is unclear, however, what the genetic formula is that causes Autism. Some scientists believe that Autism is a birth defect caused by genetic mutation. Other scientist lean towards the theory that a specific genetic code exists which creates this disorder.

Still another theory says that Autism is caused by environmental factors. This speculation states that psychological problems caused by high stresses or neglect cause the brain to malfunction physically, therefore creating Autism.

Parents have accused the disorder is caused by childhood vaccinations. Scientists negate this idea due to lack of evidence.

While having so little information about Autism and its cause(s) can be discouraging, this disorder is even now being researched by scientists, geneticists, psychiatrists, and psychologists. Until then we must just do the best we can to ensure that those with Autism get the treatment needed to live to the fullest of their ability