IowalumA Q&A blog Shared by Iowa Students & People
Home Health What is Botulism? An Introduction to the Science and Symptoms of Botulism 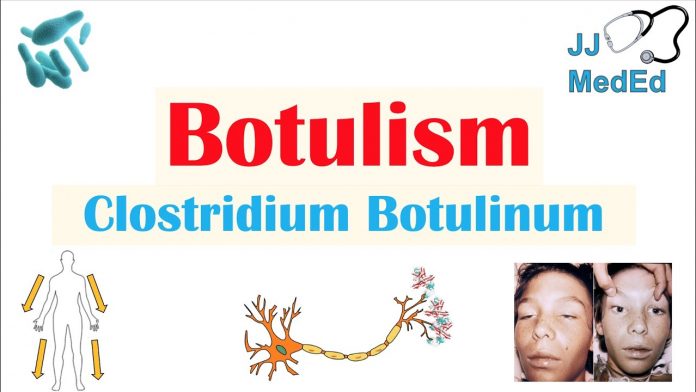 Botulism is a rare but potentially lethal illness produced by bacteria. This article explores the spread of the illness, its symptoms, and its treatment.

The toxin that causes botulism is “is the most poisonous substance known,” according to the Journal of the American Medical Association. A single gram of the toxin (botulinum toxin) could kill more than a million people. Fortunately, falling ill to botulism is rare. The Centers for Disease Control (CDC) note that an average of only 145 cases are reported every year.

The Three Types of Botulism

There are three major types of botulism:

While C. botulinum can enter an adult’s body, natural defenses would prevent the spore from germinating.

The CDC website reports that of the 145 cases per year, food-borne, infant, and wound botulism constitute 15%, 65%, and 20% of cases, respectively.

The Symptoms of Botulism

Symptoms of botulism begin to appear between 12-36 hours after the bacteria enter the body. Characteristic symptoms begin with vertigo, fatigue, and weakness. These are typically followed by blurred vision, dryness of mouth, and difficulty swallowing and speaking. In some cases the illness is accompanied by vomiting, constipation, and abdominal swelling.

Because the toxin instigates muscle paralysis, which is the primary cause of the above symptoms, the illness also results in muscle weakness that progresses down the body, starting at the neck and shoulders and moving toward the lower body. If the weakness reaches the breathing muscles, breathing may become difficult, and in some cases breathing ceases and the patient dies.

Fortunately, botulism can be treated, but recovery typically takes a few weeks. The key to a full recovery, as with many illnesses, is an early diagnosis.

Once diagnosed, the botulism is treated with an antitoxin that keeps symptoms from worsening by blocking the effects of botulinum toxin in the bloodstream. Once the antitoxin is administered, the patient usually requires the assistance of mechanical breathing apparatus to fully recover.

For infant botulism, treatment is different. A traditional botulism antitoxin is not used on infants, but according to the New England Journal of Medicine, a new orphan drug (i.e. a drug used to treat a rare medical condition) called “Botulism Immune Globulin Intravenous” (BIG-IV) has been developed from human-derived botulism-fighting agents that effectively combats the illness in infants.

How to Avoid Getting Botulism

Botulism is a rare illness, but because of the serious threat it poses, it pays to be careful.

Because the bacteria cannot survive at high temperatures, be sure to adequately cook all canned products. Also, when canning vegetables at home, practice good hygiene and go about the process carefully. For wound botulism, be sure to wash and care for all wounds carefully.

When shopping for canned foods, avoid cans that appear swollen. If spores begin to grow inside a can of food, they can release gas, pushing against the sides of the can. While a swollen can does not necessarily mean food poisoning by C. botulinum growth, it certainly isn’t a good sign.

As far as the commonly held belief that dented cans are a sign of botulism, it may be no more than urban legend.

Apparently, “at the turn of the century, unscrupulous merchants would bang on the swollen cans,” Maxine Rosaler writes in her book Botulism. “Because of this, dented cans became as much a sign of contamination as swollen ones.” This does not mean dented cans are completely safe, though. A dent may cause small holes to open up, allowing bacteria inside, so it is still worth heating the contents fully to avoid risk.