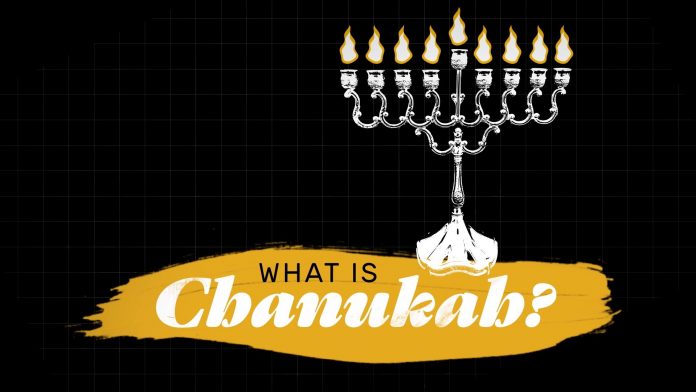 Every year on the eve of 25th day of the Hebrew month of Kislev, followers of Judaism begin their Chanukah celebration. For eight nights, Jews around the world celebrate the “Festival of Lights,” and remember the miracle of the how oil that would light the Temple lamp lasted for eight days even though there was only enough oil for one night. This celebration coincides with the Gregorian calendar sometime between Thanksgiving and Christmas, though it is by no means a “counterpart” to the Christian holiday of Christmas.

The Story of Chanukah

Each year at Chanukah, the triumph of the Jews over the Syrian-Greeks over 21 centuries ago is symbolized in the lighting of the candles of the menorah. The Greeks had tried to convert the Jews to worship the pagan gods of their tradition. A small group were defiant and remained faithful to God, and took the name Maccabee, meaning, “hammer.”

Once the Greeks were defeated, the Temple of Jerusalem was rededicated. When the Jews went to light seven branched menorah, a light, which is never to be extinguished, only a small cruse of oil was found. The cruse only contained enough oil for one day, but miraculously, the lamp burned for eight days, giving enough time until more oil could be made according to the Jewish laws of ritual purity, as explained through Chabad.org.

Though Chanukah seems to be one of the most recognized holidays of the Jewish tradition, it’s actually a minor holiday. It is not described in Scripture and does not have the religious significance that Passover, Rosh Hashana and Yom Kippur do. But according to Gallery Judacia the significance of Chanukah “reinforces the basic tenets of Judaism: dedication, perseverance, generosity and remembrance.”

The celebration of the miracle begins at sundown on the evening of the 25th of the month Kislev and lasts until sundown eight days later. Each night, a candle on the menorah is lit to commemorate the lasting oil; the number of candles lit corresponds to the day of the celebration. Prayers and blessings are sung as the candles are lit, and usually there is an exchange of small gifts, especially in families where young children are involved. Perhaps this is where Chanukah gets the reputation as being the “Jewish Christmas.” However, unlike Chanukah, Christmas is a major holiday to the Christian community and it does have religious significance.

One of the most distinct symbols of Judaism is the menorah. This nine-branched candelabrum reminds Jews of the miracle of the oil that lasted for eight days. The center candle, or the “shamash,” which literally translates to “helper” is lit, and then used to light the other candles. According to tradition, as explained by Chaim Coffman, the shamesh can only be used to light the other candles, from which they benefit from the “helper’s” light.