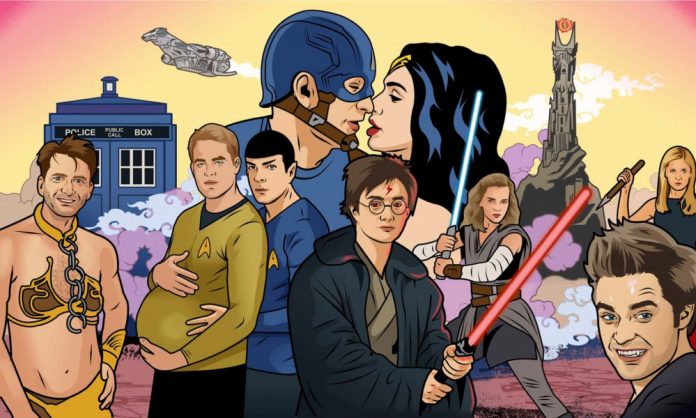 Fan fiction (sometimes spelled fanfiction and shortened to fanfic or fic) refers to creative writing derived from an existing work. These are usually stories based on the characters or settings of that work, but can also include poetry, vignettes, parodies, and other forms of creative fiction. As the name implies, it is written by fans of the existing works, rather than the original author.

Most fan fiction is unauthorised, although there have been examples of officially sanctioned and professionally published fanfic, such as the Star Wars Expanded Universe.

The popularity of fan fiction has swelled with the growth of the internet, which has allowed fanfic writers to find a wider audience and receive rapid feedback. Readers and writers enjoy greater interactivity in the internet age, and a number of fan fiction communities exist online to feed this demand.

Some of these communities, such as FanFiction.Net, include fanfic based on a wide range of books, television shows, movies, plays, and games.

Others, such as FictionAlley, are centred on a specific work or series of works (in this case, Harry Potter). There are also communities dedicated to specific romantic pairings, whether real or imagined, within a work (such as Mulder and Scully in The X-Files). Some communities may focus on a particular genre of fiction, such as slash.

Blogging community LiveJournal is also home to a range of fan fiction communities, while many fanfic writers publish their work on blogs and personal websites.

More fanfic jargon and definitions can be found at the archived Fanfiction Glossary.

There is debate over whether fan fiction is acceptable under the doctrine of “Fair use” in the United States (where most fanfic is hosted or produced) or if it is in fact a breach of copyright. Most fanfic authors include disclaimers in their stories, acknowledging the authors or copyright owners of the original work.

Some authors, such as J.K. Rowling have given their support to fan fiction, while others have made moves to remove any fanfic derived from their work.

A particularly controversial type of fanfic is Real Person Fiction (RPF). In RPF, the central characters are real life celebrities as opposed to fictional creations.

The legality and morality of RPF is questioned more than that of traditional fan fiction due to its potentially defamatory nature. Writers of RPF go to great lengths to emphasise that their portrayals of people are not meant to represent their real life counterparts in any way.