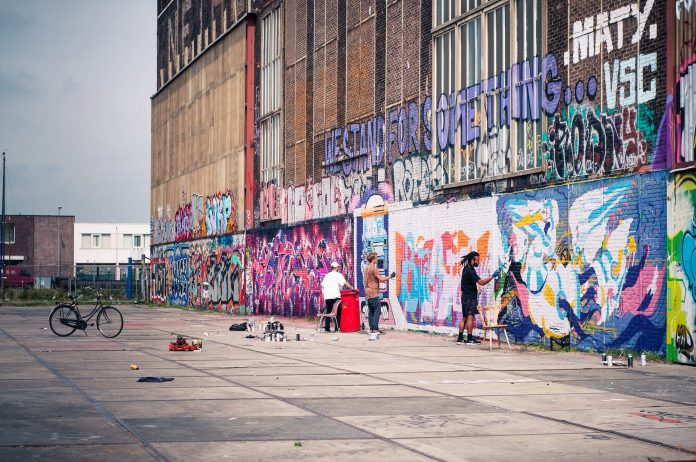 It is said that Amsterdam’s street art began in the 70′s when locals, who were not happy with the government, used graffiti as a way to express their emotions. You can see the older forms of graffiti art was clearly influenced by the political rebellion while the new age artists’ work has more of a natural feeling with a much fresher vibe.

The Amsterdam municipal government is now supporting its resident graffiti artist by presenting legal painting areas designated specifically for artists to express their creativity. In addition, the government is looking to sponsor some of the popular graffiti writers by show casing their work in museums and community exhibitions.

Who is Daniel “RECAL” Oosterman

One of the more well-known graffiti artists in the Netherlands goes by the name of Daneil “Recal” Oosterman. He has a contemporary style that blends a wide spectrum of techniques that truly demonstrate his unique craft.

Here is a video of Daniel Recal:

Fellow graffiti artists and fans alike easily recognize Oosterman’s pieces for the deep emotions he expresses through his painting. Whether its raging anger, true love, or blank cheerlessness, Daniel puts his heart out there for everyone to see in his work.

How to Ask “What is Your Favorite Music” in Spanish

Christina Harris 0
Social interactions with native Spanish speakers can be easier if you are able to ask questions in the language. A question you may want...

Addiction – What is it?

Home Loan Rates in India: What is the trend?