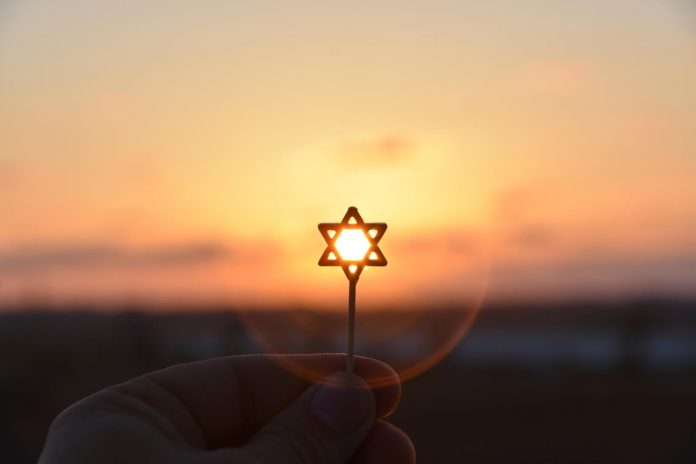 What is Judaism really all about? When did it begin? Is it just another religion?

Judaism, contrary to popular belief, is not in fact a religion. One may feel the need to call it a way of life, but it goes far deeper. Before we can begin to understand what Judaism is, we need to agree on one thing. Without this, there is simply no way to progress, to appreciate Judaism, and to be prepared for what it demands of every single Jew – and even of every non-Jew.

A story is told of an atheist. While he had no belief in God, he was a master artist. A perfectionist if we could go so far as to say! He approached a learned Sage on an occasion and began insulting him for his belief in God. “Do you really believe there is a God?” he asked.

“Do you really believe there is Someone who created the world? Someone who watches over us, expecting we behave in life according to a certain code? Someone who knows what we do every moment and will bless us for the good we do and who cares if we don’t behave ourselves?! Surely the world came about through a Big Bang! There must have been a cataclysmic explosion of sorts that made everything, bringing all into existence!”

The Sage told the atheist-artist to return the next day, as he needed some time to think over these serious questions. The next day, the artist returned expecting plausible answers – if not more – to his intricate questions. The Sage presented the most exquisite painting to the artist – as a gift!

“Who was the artist who painted such a beautiful image?” asked the artist. The Sage replied, “There was none. A funny thing happened to me yesterday. After you left, I had thought over your question. I had placed a large piece of paper on my table – where all my own paints were, and had thought best how to answer you. I was just about to write down my thoughts on the page, when suddenly, as I bumped the table, the paints spilled all over the canvas. What you see is the result!”

Insulted at the Sage’s answer, the artist explained to the Sage that such beautiful images cannot just happen of their own accord. There certainly must have been an artist who painted such an amazing image! “Likewise,” replied the Sage, “This world too could not simply have come about through some sort of mystical explosion. Rather, in this situation too, there must be an Artist behind the creation. And He must certainly have had good reason to create things in the perfect state as He has.”

Truth or myth?! To begin the road to connecting with the Creator, means before anything, the real approach of realizing that there certainly is a Creator – Someone who has brought creation into existence, just the way He wished – for just the reasons He wants it to be this way. It is really perfect – although missing just a few pieces. Things we need to fix on our own.

We could liken His creation to a fruit or a nut – “coated” and covered over by a hard shell with the luscious fruit inside. Of course, the fruit is perfect just as it is. But it has a layering over it which must be removed before enjoying the sweet taste inside.

So too has the Creator made His world. Everything good can be found in it. But before this good is revealed, there is much work needed to remove the outer layer (there for the good of the fruit of course!) and finally enjoy the sweet fruit hidden beneath the shell and peel created deliberately by the Creator for very good reason.

The Jewish people would experience the freedom of building a Temple, and seeing its destruction because they had drifted off the path set out for them. God granted them another Temple, but through their drifting off the path, losing touch with their obligations, this Temple was destroyed as well. From here, it would be a long wait until the Final Temple would be rebuilt.

This Temple will be miraculous in nature. It will be built by the Righteous Redeemer, a man steeped in Torah as King David himself was. A man who does not depart from the Torah, neither to the left, nor to the right. A man filled with kindness, who brings only good things to the world. Only peace.

We are all to take part in this process to ultimately bring redemption to the world, where we will all be blessed with a goodness – the likes of which none of us has ever seen or known about before.

Most of all, they bring all to realise the necessity of understanding that life is nothing – without the Torah.