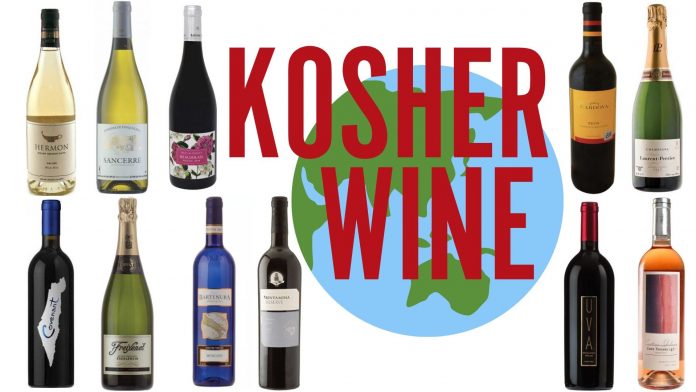 Whether a practicing member of the Jewish faith, or simply looking for a wine experience off the beaten track. Consider looking out for a bottle of kosher wine to serve with your next meal.

What is Kosher Wine?

As with all kosher food and beverages, kosher wine is made in observance of the laws and customs of the Jewish religion and is thus suitable for consumption by those who strictly follow the teachings of the religion.

To be considered a kosher wine, the wine must be made under rabbinical supervision. In addition, the wine must also be handled by a Sabbath observant Jew throughout the vindication process.

Kosher wines are divided into two grades, mevushal wines and non-mevushal wines. Mevushal wines are those wines, which have literally been “cooked”, today such cooking means that the unfermented grape juice will have been flash pasteurised, before aging.

Non-mevushal wines on the other hand, which only account for around 10% of wines produced and are generally of a higher quality do not undergo such a treatment. The problem however, is that if a non-mevushal wine is handled by a person who is not Jewish or a non-observant Jew, then the wine is no long considered to be strictly a kosher wine. This accounts for the popularity of the mevushal form of kosher wine.

Kosher Wines or the Wine of Israel?

Firstly one should consider that kosher wine is not the sole preserve of Israel or the Israeli wine industry. Kosher wine is produced in a wide number of places, including France and both the East and West Coasts of the United States amongst other regions.

Despite the wide distribution of the production of kosher wines, Israel is perhaps one of the most interesting wine producing nations to watch at the moment. In the past kosher wines have often been overly sweet and in many cases badly made.

However, recent years and the efforts of dedicated producers such as Yarden and Golan have seen a move to much better quality and often much dryer style of wine being produced in Israel. As such, one may consider that Israel is now starting to produce a true style of Israeli wine, which happens to be kosher wine, rather than wine solely for a specialist kosher market.

If looking to buy a bottle of Kosher wine, the search should not be too difficult. Recent years have seen that most supermarkets now stock at least one or two bottles of kosher wine. In the UK, the Yarden brand is now readily available in several supermarket chains and is comparable in price to wines of similar quality.