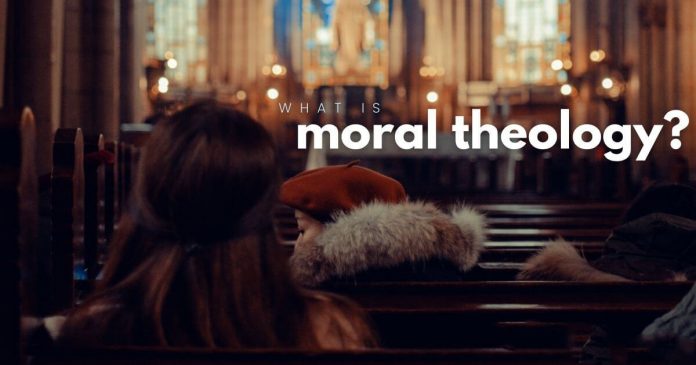 Moral theology is simply defined as the laws which regulate duty and determine the moral character of human activity by their conformity to three things: the natural standard of ethics, Christian Revelation and the positive laws of the Catholic Church.

Moral philosophy, on the other hand, is more generally defined as related to the study of ethics and concerns itself with the ideals of that which is right and wrong as can be discovered from the lights of nature alone.

The Three Classifications of Moral Theology

In the classic work Moral Theology, by Reverend Heribert Jone and Reverend Urban Adelman, moral theology is defined as seeking the supernatural final end of every human being by engaging in the scientific exposition of human conduct directed by reason and faith.

Human and moral acts are broken down into three divisions: principles of human acts, the imputability of human acts and obstacles to human acts.

Doctrine of the Commandments

The doctrine on the commandments focuses on the laws that all men must observe to attain to their final supernatural end and delves deeply into the individual virtues as remedies to sin against the commandments.

Those seven sacraments include baptism, confirmation, eucharist, reconciliation, holy orders, matrimony and anointing of the sick.