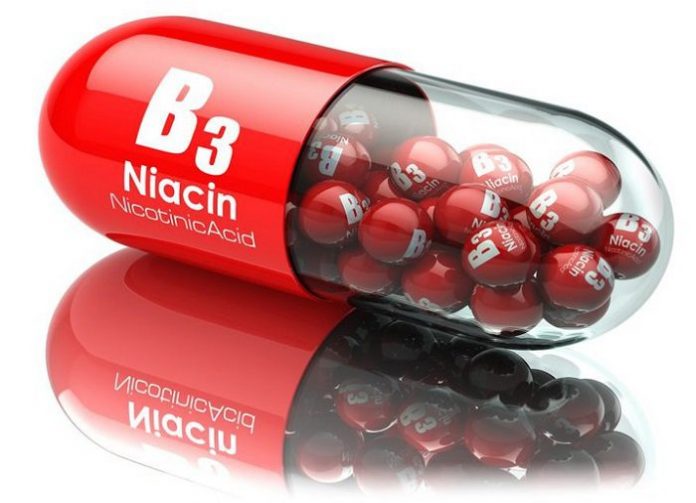 Suffering from unexplained symptoms? Talk to a doctor about niacin and its importance in the diet. This article includes useful information about niacin.

Niacin or nicotinic acid, also referred to as the vitamin b3, is a vitamin soluble white powder that is an essential nutrient in the diet. Niacin is known as vitamin b3 due to the fact that it was third of the vitamins among B vitamins that were discovered. It is necessary for humans to consume a regular supply of this particular vitamin. Typical sources of the vitamin niacin include wheat germ, yeast, meats, and dairy products.

Niacin was initially described in 1873 by Hugo Weidel while he was doing research on nicotine. Of note, when nicotine oxidizes, it results in nicotinic acid. While chemists worked with this substance, they eventually came to understand that it could be useful in a health, biological, or vitamin context. In order to prevent confusion and distinguish nicotinic acid from nicotine, another word was developed to describe nicotinic acid. Reportedly, the word “niacin” is from a shortened combination of the words “nicotinic acid” and “vitamin.”

As chemists continued to do research pertaining to niacin, they learned that niacin was important in various biological functions. For example, niacin is involved in functions such as reduction of bad cholesterol or elevation of good cholesterol. Also, niacin regulates processes such as cell repair, metabolism, and reduction of blood triglyceride levels. Sometimes individuals take niacin supplements with food so as to increase absorption. Granted, eating a balanced diet will usually enable one to get sufficient niacin.

Men require approximately 16 milligrams of niacin each day while women need 14 milligrams of niacin each day. When taking niacin, a phenomenon known as niacin flush or skin redness or itching sometimes happens shortly afterwards. If it occurs, discuss it with a physician immediately. Of note, niacin deficiency, also known as pellagra, could lead to increased vulnerability to colds, diarrhea, hyperpigmentation, dermatitis, skin lesions on the neck, skin thickening, tongue or mouth inflammation, amnesia, dementia, delirium, and even death.

Keep in mind, however, that taking excessive amounts of niacin could potentially be harmful. For instance, taking more than 20 milligrams per day can cause liver damage, skin rash, and potentially unhealthy changes in insulin levels. Excessive niacin could increase blood sugar, worsen diabetes, and could worsen cases of gout. Excessive amounts of niacin could also be dangerous for pregnant women in some cases. Of course, the human body’s needs change as one gets older. Thus, it can be helpful to discuss diet issues with a physician in order to find out whether steps need to be taken to increase niacin in the diet or whether niacin supplements need to be taken.