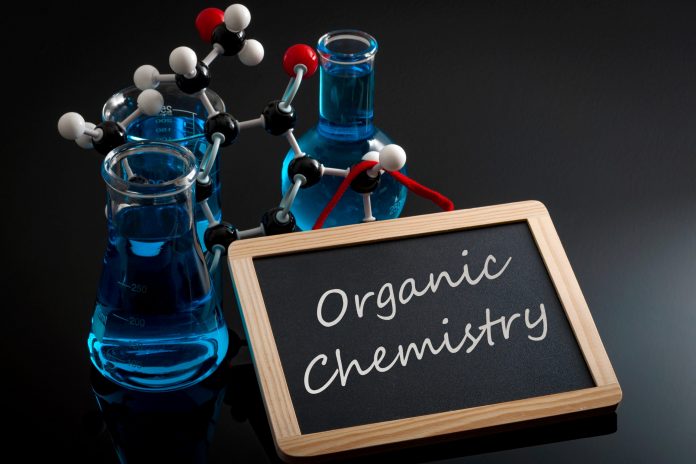 Organic Chemistry is a vast subject covering many chemicals and reactions without which mankind would be still in the dark ages. An organic chemical is any chemical which contains a carbon-hydrogen bond. All carbon compounds are organic except the oxides of carbon, carbonates, bicarbonates and cyanides.

When you realize that there are over six million organic compounds, you begin to wonder how this discipline could be given a structure. The structure comes from the unique nature of carbon and the relatively few functional groups involved.

Carbon is unique because it is able to form four strong covalent bonds.

It can form these bonds with other carbon atoms and also with other non-metals groups at the same time. This means that long chains of carbon atoms can be formed, onto which other groups can be attached. The simplest and most common of these groups is hydrogen.

Molecules made just of carbon and hydrogen are called hydrocarbons and this is the simplest group of organic compounds. Hydrocarbons are very flammable and are used as fuels. Chains of carbon atoms can contain up to thousands of carbon atoms. Poly (ethene) or polythene is a very long hydrocarbon molecule used for many purposes in modern times.

When a different functional group is attached to the carbon chains, other groups of organic compounds are produced. So if there is one or more –OH groups attached to the chain of carbons, it is called an alcohol.

The commonest alcohol has two carbon atoms, five hydrogen atoms and one –OH group and is called ethanol. This is the alcohol present in all alcoholic drinks.

Other important functional groups include the carbonyl group, in which two hydrogen atoms are substituted for an oxygen atom attached to the carbon with a double bond. The carboxylic acid group has the carbonyl group and an –OH group.

This is acidic because the hydrogen atom on the –OH group is easily lost as an ion. The most common carboxylic acid is ethanoic acid, also known as vinegar.

If we take a hydrogen atom from two neighbouring carbon atoms and join them together with another bond, so that there is a double bond, the resulting molecule is an alkene. Sometimes a triple bond can be formed which is an alkyne.

The last important group in organic chemistry is called an aromatic group. The simplest of these molecules is benzene.

It is a ring of six carbons which are connected to one another with alternate single and double bonds. The interesting thing about this ring is that the bonds are constantly switching from single to double, creating what is known as a conjugated system.