IowalumA Q&A blog Shared by Iowa Students & People
Home General Knowledge What is Orgeat Syrup? How to Make This Classic Cocktail Ingredient at... 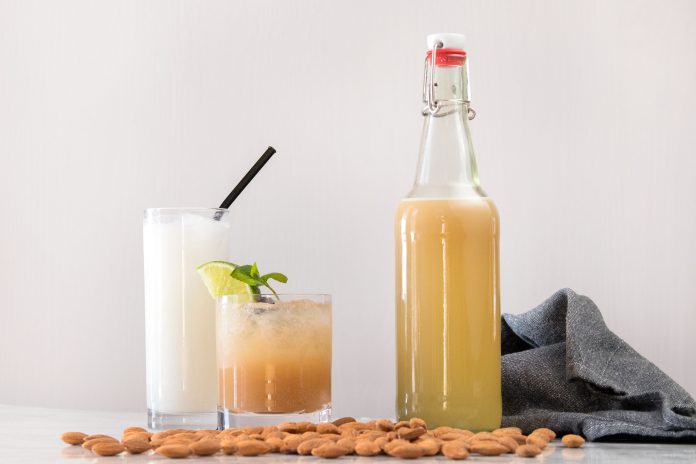 Orgeat, pronounced “ohr-zhat,” is technically an oil water emulsion that was originally made from barley. Prior to the use of refrigeration, cooking with milk or butter was a rarity, because they could not be stored without spoiling. Barley, however, could be stored in almost any household, and when ground and combined with water, the oils remained fairly stable.

As time passed, food became more of an art, and someone noticed that barley, while practical, didn’t provide much in the way of flavor. At some point, almonds replaced barley in the concoction. The process was pretty simple. Almonds would be crushed in a mortar and water added. The mushy creation would be allowed to sit, extracting the oil from the almonds and emulsifying it with the water. To finish, it was filtered through muslin, leaving a cloudy almond-flavored liquid that could be used in place of milk. Because of the oil content, it could even be beaten like milk to create a sort of almond butter, but it was slow to spoil and didn’t require refrigeration.

Of course, almond milk eventually morphed into new creations. Orgeat is a sweetened syrup made with orange flower water, and it adds layers of flavor. It can be used not only in cocktails, of course, but in coffees, fruit drinks, and of course for cooking and recipes. Orgeat syrup is not commonly found in stores, but there are a number of online sources. If orgeat is not available, almond syrup is a good substitute.

How to Make Homemade Orgeat Syrup

Making orgeat syrup is actually a fairly simple. It’s slightly more time-consuming than making a plain simple syrup, but it’s fairly similar, and can be well worth the effort. The following recipe makes about a quart and a half.

Place the almonds in a bowl and cover with cold water. Allow them to soak for 30 minutes before draining. Crush the almonds, or chop them to a fine grind with a food processor or blender. If needed, add some of the soaking water to the food processor for easier chopping.

Transfer the chopped almonds to a large bowl, and mix them with water. Let the mixture stand for one to two hours before straining through a damp muslin or cheesecloth into another bowl. Squeeze the cloth to extract all the liquid. Return the almonds to the water and soak for another hour. Repeat the straining process, then discard the almond pulp.

Pour the strained almond water into a large saucepan. Add sugar, and cook over low heat, stirring constantly. When the sugar is completely dissolved, remove the saucepan from the heat. Allow the mixture to cool for 15 minutes, then add the vodka and the orange flower water. Once the syrup is completely cooled, it is ready to use. Store the finished syrup in a clean glass container.

Because real orgeat syrup is an emulsion, it is normal for it to separate into layers. This happens with both commercial and homemade versions. After a few days, a thick white layer of almond powder will develop on the top. Simply break up this top layer, and shake the bottle vigorously to recombine.