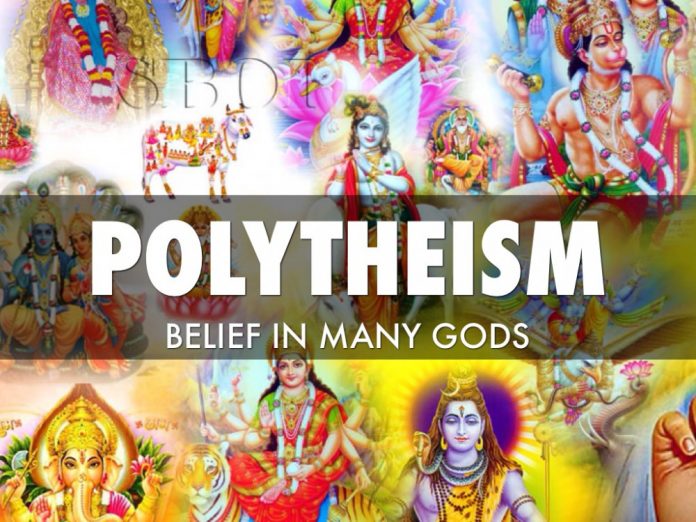 Everyone who thinks that they have to do as their boss, their school teacher, their friend, their mother or their associate commands…if these people stand in the way of thinking that there is one force governing you, then you are considered to be polytheistic. That is, you submit to the belief that you are being influenced by authoritarian forces other than the one force that stands behind them all.

If, however, you are able to look behind all of these influences, and see that there is only one force operating everything, and you always aim to relate to these seemingly different influences around you as one single, perfect entity—then you are called monotheistic.

In such a state, you relate to just one force that governs all the other forces: love.

And this force is perfect and eternal, while every other force that we perceive with our five senses is transient and leads to death.

Achieving the perception and sensation of this force—love—unobstructed by all other forces is the aim of studying Kabbalah, and along with it comes peace and a pleasure that doesn’t have to submit to the restrictions of our five senses: an unbounded, always increasing pleasure emanating from existing in love in its unrestricted form.

The question is, how do we achieve this sensation of unbounded love?