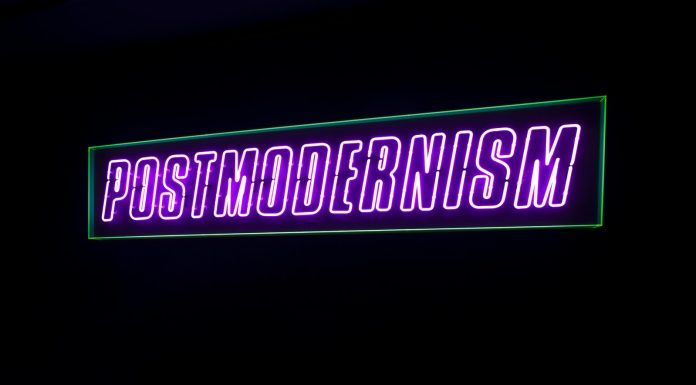 Defining literary movements becomes a tricky task for scholars as they wade through the literary cannon, searching for characteristics that come to surface time and time again. Contemporary Literature, also known as Postmodernism, began after World War II and the dropping of the atomic bombs upon Japan. World War II was a traumatic experience for many nations across the world—the holocaust and the use of weapons of mass destruction heralded a period in history in which violence and xenophobia played a key role.

Contemporary Literature is the celebration of life despite trauma and carries a message of hope. The dropping of the atomic bombs upon Hiroshima and Nagasaki forms a main point in Contemporary Literature: after an unthinkable amount of trauma that is unleashed, life will continue and hope can survive.

The massive damage the United States inflicted upon its Japan, its enemy during World War II, has not only been a traumatizing experience for those who felt the atomic bombs destruction in neighboring regions. Americans and people of other nations have become horrified at the power and destruction in which the weapons of humans are capable. The terrible aftereffects of the atomic bombs directly harmed the Japanese people.

In order to end the silence that trauma can cause, nations and individuals must undergo a process of healing. Like any terrible experience, “[o]ne way to begin this process [of healing] is by interviewing more survivors of Hiroshima and Nagasaki, and by making these interviews available to the public” (Chaitin, Sawada, and Bar-On 23). There is no doubt that the atomic bombs have inflicted tremendous pain upon the Japanese people and other nations who witnessed the tremendous, violent power of these weapons of mass destruction.

Contemporary Literature is about taking these violent experiences and struggling through their meaning in order to learn what to do in the future so as to prevent another situation, like the atomic bombs, from happening again. Memoirs and literature featuring interviews of victims play a key role in Contemporary Literature because they signal the hope of recovery which follows the effort of improvement. It is important to understand that “to recognize the significance of the war in contemporary culture is to acknowledge that postmodernism, as a sensibility, aesthetic style, and mode of thought, must be entirely reconceived” (Crosthwaite 114).

Vonnegut creates a fictional situation in which ice-nine—a kind of weapon of mass destruction in which the atoms of water are adjusted to freeze forever—accidently wrecks havoc unto the world. The quality of ice-nine along with its composition suggests that all life will forever be destroyed. This horrific realization dawns upon the characters after they witness countless people dying from the effects of this weapon and by witnessing the aftermath of thousands committing suicide despite the fact that they have survived the initial blows.

Yet the main character John describes living in the aftermath of ice-nine in a positive light by calling the “society the Swiss Family Robinson, for we had survived a storm, were isolated, and…living very easy indeed. It was not without a certain Walt Disney charm” (Vonnegut 276). In spite of witnessing violence and living through the trauma of ice-nine, John and his fellow survivors manage to find pleasure in their lives. This positive outlook is the defining characteristic of Contemporary Literature. After such intense, unbearable tragedy of weapons of mass destruction—whether it be the atomic bomb or ice-nine—life can and will continue. This continuation of life allows hope for a better future to flourish.

Contemporary Literature does not merely concern itself with trauma that societies undergo—it is also focuses on personal trauma and its struggle in order to reach a state of hope. Personal traumatic experiences are precisely that—they are very personal experiences in which the person who, having survived a horrific ordeal, finds a glimmer of hope in spite of all the turmoil he/she has suffered. Yet there is a certain irony in how Contemporary Literature handles the idea of hope.

Contemporary Literature often illustrates how “utopian expectations [have] become unrealistic, and that all kinds of outcomes, favorable and unfavorable…serve as the essence of postmodernism’s repudiation of modernity’s optimism” (Kohn 194). Contemporary Literature acknowledges that no matter what happens—whether there is recovery from trauma or whether there is perpetual suffering that can never be relieved—the hope that was featured in Modernist Literature no longer holds true.

Modernism surveyed the destruction and terrible state of the world and yet believed that the world could be changed for the better. Contemporary Literature has an entirely new perspective: the world is in dire circumstances and individual people have undergone significant trauma. The key characteristic of Contemporary Literature is that even though there can be a lack of optimism, life goes on. Despite personal setbacks, despite violent encounters, despite unbearable circumstances, the world continues to function and survive.

People are connected by their individual traumatic experiences and can relate to one another about the damaging experiences they have undergone in order to reach not only a better understanding about their experiences but also to gain a sense of peace and hope. A great achievement of Contemporary Literature is that there “has been the attempt to engage ethically with collective trauma.”

It is important to understand that “the trouble with representing a collective trauma is that it simultaneously bombards the everyday with the grave magnitude of the extraordinary and, paradoxically, converts this extraordinary experience to a generalizable phenomenon across a collective” (Rostan 172). In other words, Contemporary Literature uses personal experiences of negative situations to the extent that it triggers other individuals to join in the project of sharing their own experiences.

The horrific circumstances people find themselves in are converted into Contemporary Literature and readers and writers alike are able to find themselves through the process of reading. By recognizing that one is not alone in their trauma, one is able to maintain a certain degree of optimism that they are not alone and isolated in the world. Modernism featured individuals who remained isolated.

One fine example of individual trauma becoming a shared experience can be seen in Arundhati Roy’s novel The God of Small Things. In the novel, Rahel and her twin Estha each undergo their individual traumatic experiences: Rahel deals with the loss of her family and the murder of Velutha while Estha deals with the trauma of being sexually abused. Both Rahel and Estha experience their own individual crises but they manage to celebrate their existence despite the tragedy that plagues their lives: the two twins make love together in a way to communicate and to purge their intense despair.

The act of making love is a celebration throughout the novel because it symbolizes optimism. When the twin’s mother Ammu makes love each night to Velutha, “they extracted only one small promise from each other: Tomorrow? Tomorrow” (Roy 321).The simple word “tomorrow” sums up the central idea of Contemporary Literature: the love of life despite of its worries and woes will continue for at least the next day. The word “tomorrow” describes the overall tone of Contemporary Literature as it suggests that life will continue no matter what happens today.

Everyone is connected through their trauma and life will continue despite and horrific situation. Life is worth living and being praised in spite of the terrible situations that occur, whether it is the destruction of war, weapons of mass destruction, or the personal traumas of losing family and living through sexual abuse. The previous literary movement, Modernism, surveyed the horrible state of the world and decided that human beings were isolated individuals but literature and other artistic endeavors could save the world.