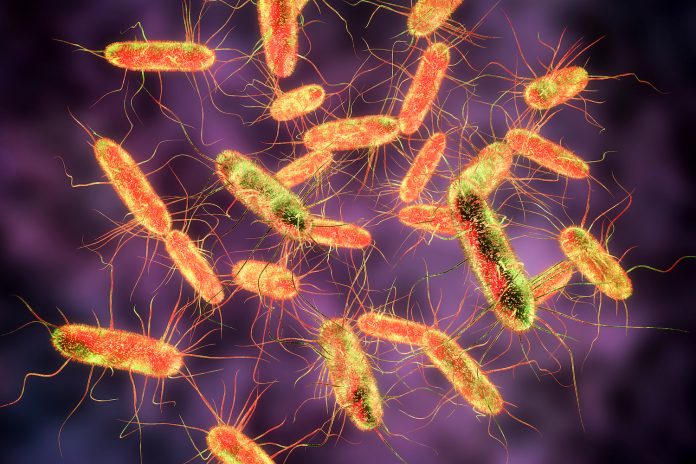 Bacteria that belong to the genus Salmonella are notable disease causing organisms that humans have been dealing with for many, many years. They can cause diseases and disorders ranging from mild diarrhea to typhoid fever. Some of the more commonly encountered versions of this genus are Salmonella typhimurium and Salmonella enteritidis.

Bacteria that belong to the genus Salmonella are all rod shaped, otherwise known as a bacillus. They are negative by the Gram stain. While most of them are motile, not all of them are. They do not make spores like those found in some bacteria such as Clostridium. They can be found in the environment and in the intestinal tracts of numerous species of animals including birds and reptiles.

How Does Food Get Tainted with Salmonella?

Food is most often contaminated with Salmonella because of unsanitary handling methods or because of direct contamination with animal feces. If a food worker does not wash his/her hands after touching a contaminated material, the bacterium can be spread to additional foodstuffs.

What Symptoms Are Caused by Salmonella Ingestion?

If a person gets a food infection from Salmonella (known as salmonellosis) the symptoms can range from relatively mild to very severe. For most healthy people, a diarrheal illness that starts in 12 to 24 hours and lasts for 3 to 7 days is the typical course. Unfortunately, for the very young and the very old salmonellosis can be very severe, even life threatening, and require hospitalization. Support with intravenous fluids and antibiotics can treat most severe cases.

How Can You Prevent Salmonellosis?

Good preventive measures are able to minimize the risk of contracting a food-borne illness caused by Salmonella bacteria. Hand washing, keeping work surfaces clean, and making certain that all suspect foods are cooked to an adequately high temperature are all effective means of reducing the risk of infection with Salmonella. Always remember to wash any surface or utensil that has come in to contact with uncooked meat or raw eggs or egg products.