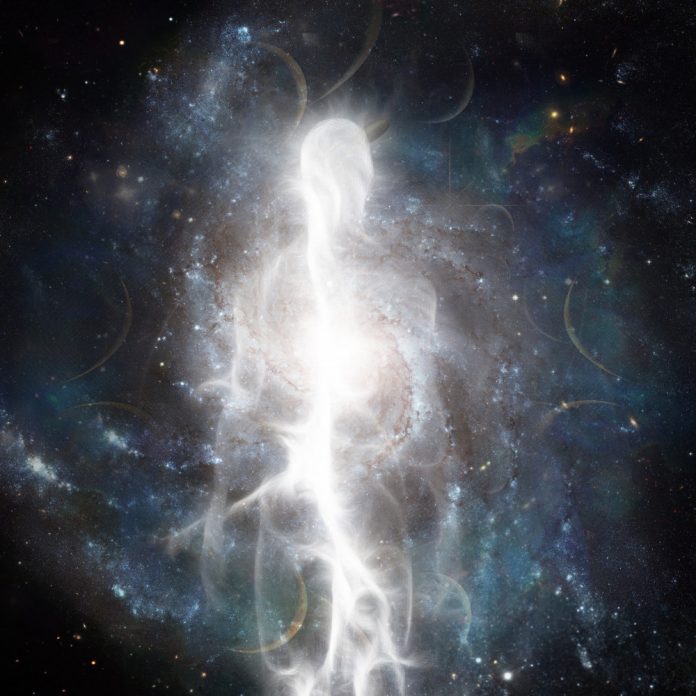 We live in a “scientific age” where we believe in “reason”. In such a world we are inclined to believe in ‘material’ things… that is things that can be objectively observed or measured in some way. Consequently, when the discussion turns to a concept like ‘spirit’ it is assumed to be an ‘article of faith’ rather than an aspect of rational thought.

But is this so? Start with the mundane…

Why are there are cheerleaders? What are they doing? What exactly is “team spirit”? Why is it that an athlete performs better when s/he is confident and highly motivated rather than when s/he doubts his or her ability?

Why is it that when one is feeling depressed doors seem heavier and harder to push open or packages seem harder to lift?

And then move on to the more sophisticated…

The science of psychoneuroimmunology (PNI) examines the connections between the psychological and physical dimensions of living beings. PNI is most interested in the interactions between the nervous and immune systems, in particular the relation between attitude and health.

Top on its list of investigations is the mechanism of a placebo. Our attitude towards this phenomenon has been fascinating because it is used as a ‘control’ in social/medical experimentation. It is contrasted to the element that is being evaluated and the entity that is being evaluated must be significantly statistically better than the ‘placebo’. Yet until recently throughout the history of scientific inquiry no one has asked why placebos work!

And placebos do work!

Placebo, from the Latin, meaning, “to please”, has typically been identified as somehow a ‘false’ phenomenon. Yet for years it has not been uncommon for a doctor to prescribe a placebo to an individual diagnosed as a hypochondriac. But reverse the order… why is the hypochondriac ill in the first place?

With the prescription of an ‘active’ pharmaceutical a minimum of three factors relate to its effectiveness: 1.) Dosage (the amount of the active ingredient administered), 2.) Set (the expectations of the patient) and 3.) Setting (the circumstance or context of the patient).

In addition, in the PNI field there has been significant research demonstrating that one’s mood affects what types of cells our white blood cells bond with when fighting disease… a very clear connection between attitude and health.

So given all these clear and present indicators, both personally observed as well as scientifically validated can anyone in our “age of reason” doubt the existence of spirit?

If this phenomenon does not actually exist then why to children perpetually run to their mothers and fathers and feel better after they have them kiss the scratch?