Stalinism is the political and economic system unique to the leadership of Joseph Stalin. It’s trademark is the use of propaganda to establish a cult of personality around an absolute dictator, as well as secret police to silence political dissent. Stalinism, in this regard, may be equated to totalitarianism or tyrannical dictatorship.

Stalin also enacted several economic policies during his time leading the soviet union, most of which were new concepts or concepts he implemented in unique ways. His distinct method of dealing with dissenters, and his unique approach to state-driven economy merit giving his method of leadership it’s own name – Stalinism.

After Lenin’s death, Stalin created a cult of personality around himself and Lenin. He had Lenin’s body embalmed, against the wishes of his widow, and placed in a mausoleum. By increasing Lenin’s reputation and making him seem like more than a man, Stalin was inflating his own image by association. Stalin changed the name of many towns to his own, such as Stalingrad, and the Stalin Peace prize and Stalin Prize were named after him. He accepted titles such as “Father of nations” while at the same time distorting the facts to make himself seem extraordinarily modest.

Statues and monuments were erected all over Russia portraying Stalin as a tall and robust man, when in reality he was about 5’5″ tall and was not handsome or broad-shouldered. This distortion of image was to prevent any portrayal of weak traits that might weaken his image, or his cult of personality. During World War Two the personality cult was taken to a new level, with Stalin’s name being added to the new national anthem.

A new genre of literature and art arose during this period, portraying Stalin as a god who won the war on his own, and the savior of the Russian people. creating this cult of personality was a key to maintaining his control over the Russian people and Russian politics. The support of millions of Russians meant no political opposition could oust him without first destroying that image, something no one was able to do during Stalin’s life. This personality cult combined with secret police and regular political purges are how Stalin maintained power until his death.

In the 1930s Stalin enacted what would become known as the “Great Purge” of the party. Stalin justified this purge as the expulsion of opportunists and counterrevolutionaries. People deemed counter-revolutionaries were usually expelled from the party, but punishment could be as severe as a sentence in a Gulag labor camp or execution. The purge was started when Sergei Kirov was assassinated, and as a result Stalin began a series of investigations into what he publicly called a scheme by Trotskyists to assassinate Soviet leadership.

Trials known as “Moscow” trials were held throughout the country, and Trotskyists and enemies of the state were apprehended and tried. This lead to the trial and conviction of many high ranking members of the communist party, as well as many military leaders. As a result of the purges, all of Stalin’s competition for leadership in Russia was removed. At the end of the purges, Stalin had the leaders of the NKVD executed for “over zealousness” in their duties, to shift the blame of so many deaths and so much repression to them, when in reality he was giving them orders.

At the same time as these purges Stalin was having history books rewritten, having the people persecuted in the purges removed from history in the text and photographs of Soviet schoolbooks. Removing these people from textbooks and propaganda material eventually led to the revolution revolving around only two people, Stalin and Lenin. These purges, and the editing of historical documents to exclude Stalin’s competition meant Stalin had unchallenged control of Soviet politics and could maintain his position as leader indefinitely.

Under Stalin’s leadership, the Soviet union was industrialized, and their agriculture was collectivized using a series of “five year” plans enacted by Stalin. Since there was no capitol available to the government through agricultural surplus, no infrastructure and little international trade Stalin’s government exploited the Kulak class of farmers in Russia, and restricted grain consumption by the individuals in order to produce capitol with which to build Russia’s industry. This rapid industrialization increased Russian production capacity and industrial output over the course of Stalin’s five-year plans.

In order to increase agricultural output Stalin began the forced collectivization of farming, in theory this would create large mechanized farms and increase efficiency in tax collection and harvesting. In reality this was largely unsuccessful, as peasants resisted the movement and ultimately prevented any noticeable gain in agricultural output while lowering the quality of life for the workers. Stalin blamed the Kulak class of farmers for this perceived failure in a political move that displayed his finesse involving shifting the blame and backing out of failing policies.

Using propaganda to establish a cult of personality around himself as well as secret police to silence political dissent, Stalin maintained control over the Soviet Union until his death in 1953. His successful industrialization of an essentially backwards country that was decades behind it’s competition, and his forced collectivization of agriculture in the USSR were economic techniques that hadn’t been attempted before and at the time were unique to his leadership. His distinct method of dealing with dissenters, and his unique approach to state-driven economy led historians to classify this new kind of leadership as Stalinism. Therefore, Stalinism is the political and economic system unique to the leadership of Joseph Stalin. 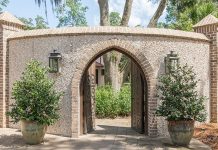 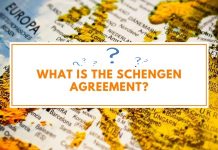 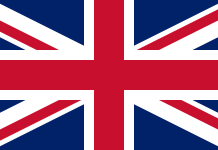 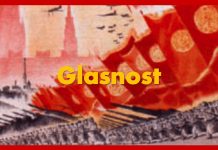 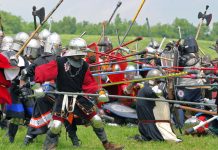 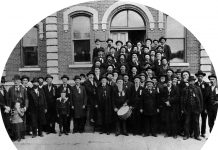 Thirty-Eighth Iowa Infantry: A Regiment’s Struggle with Disease at Vicksburg and Port Hudson