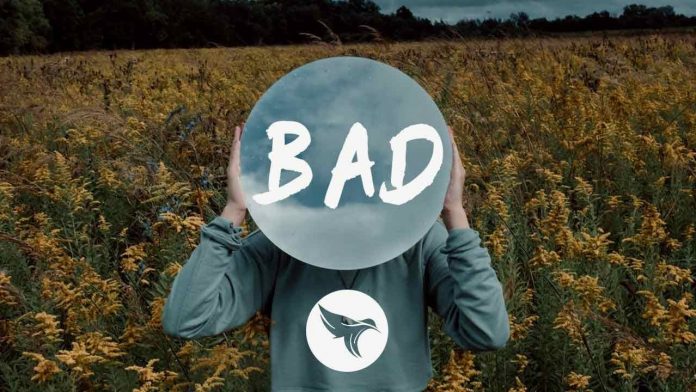 According to Collins Cobuild Dictionary, the word “bad” is one of the 700 most common words in English. This word has several meanings, the traditional meanings, synonymous to evil, and opposite to ‘good’, and those used in slang. In this relation the word “bad” can have different meanings to different people.

“Bad” is likely to be used when the person wants to describe something low in quality or something failing to reach an acceptable standard. In this case “bad” is synonymous to “poor” (For example: It was a bad repair job/ This company failed to reach an agreement with the partners due to bad management)

“Bad” may also be used to describe something morally objectionable. In this respect “bad” is synonymous to “evil” and opposite to “good”. In this case “bad” is used to show or to express something really wrong. This meaning can be illustrated by the following example: Beware! This person is a bad man. Please, keep away from him.

Another meaning of the word “bad” implies something harmful – something that is unpleasant or disagreeable, or likely to cause problems. (For example: Sorry to disturb you, but I have some bad news for you). “Bad” may be used when the person speaks about something harmful or injurious (For example: I’d not recommend communicating with him. He may have a bad influence on you).

The word “bad” may also be used in relation to health. For example, to express the fact that somebody/something suffers distress or pain (Abraham feels generally bad), or to diseased or unhealthy – something that is injured or doesn’t function correctly. For example: My mother hasn’t been able to do much because of her bad back.

“Bad” may also be used when the person wants to emphasize something serious or severe (For example: Jane is recovering from a bad accident/ Nick has a bad cough/ The pain is really bad). This word may also be used to speak about a bad time or moment, or time at which it is really unlucky for something to have happened (For example: It is a bad time to rent a car, because the rates are too high).

“Bad” may also be used in relation to food (when something is not fresh, or spoiled, – the food that is bad is not safe to eat because it has decayed). For example: These apples have gone bad. Don’t eat them/ Please, don’t eat the fish – it is bad!

“Bad” may also be used when the person speaks about something that is incorrect or faulty (For example: Michael’s grammar is really bad. He has to improve it).

Another meaning of “bad” relates to having no ability or skill in a particular activity. For example, the person can be bad at drawing/tennis/literature/chess.

“Bad” may also be used when the person speaks about something he considers to be unfavorable (e.g. Ann makes a bad impression), or something that is not sound or dilapidated (e.g. The apartments George rented were in bad condition). It may also be used when the person wants to describe something unsuited to a purpose, or inadequate (for example, it is possible to speak about a bad lighting in the house, or a bad plan).

When the person wants to express his opinion regarding something he considers being disobedient or mischievous, he also can use the word “bad”. For example, it is possible to speak about a bad cat (because the cat’s behavior is inappropriate (the context: the cat is naughty, disobedient, etc).

“Bad” is also used in informal language. For example, when the person says something is “in a bad way” it means to be unhappy, to be very ill, injured, or in serious trouble (For example: My cousin was in a bad way after her friend’s funeral). To get a bad name means to lose people’s trust or respect (For example: This restaurant had a bad name, and none of my friends enjoyed going there).

“Bad penny” is used to speak about someone or something that is likely to cause trouble and is difficult to avoid (for example, we can tell that the person turned up like a bad penny when we want to tell that he appeared suddenly).

Interesting enough, but the word “bad” sometimes is used in the meaning of “excellent, spectacular, or full of good qualities” (especially in the youth culture (slang), and among Blacks). The etymology of the usage is a reversal of meaning, and may be compared to that of the earlier use of evil.

According to the Oxford Dictionary of New Words, this meaning of “bad” originated among African American jazz musicians in the 1920’s, and by the 1970’s this word quite popular among the Blacks in the United States. During the 1980’s “bad” in this context was taken by the young people as their favorite term of approval (especially preceded by the adverb “well”).

Later the word “bad” enjoyed popularity among the White British youngsters, who liked to use Black street slang as a cult language. To a certain extent it became popular due to increased interest in hip-hop culture.

When the word “bad” is used as the term of approval, it has the degrees of comparison that are different from the usual equivalents (worse and worst) – badder, and baddest.