IowalumA Q&A blog Shared by Iowa Students & People
Home General Knowledge What is the Process of a Rape Kit? The Steps for Collecting... 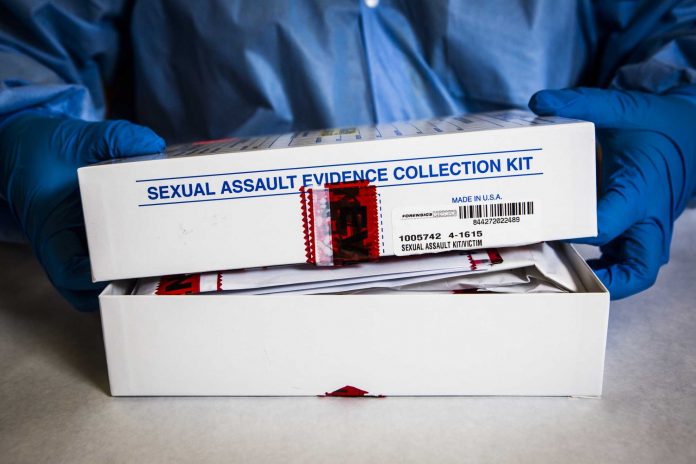 Sexual assault is a traumatizing experience for both women and men. Under-reporting is a major problem in rape cases because the victim feels that (s)he is at fault or that not enough evidence exists to prosecute a case. However, a victim of sexual assault should always remember that (s)he is not to blame, and that multiple options are available.

One option available is a rape kit, which done at a hospital; the evidence can only be collected within 72 hours of the assault, and the victim is discouraged from bathing beforehand, as evidence can be lost. Any victims who feel uncomfortable going alone can call their local sexual assault crisis hotline and request a crisis counselor accompany them.

The hospital will call the police to escort the collected evidence, but the victim does not have to talk to the police unless (s)he feels comfortable. Fourteen steps are involved in a rape kit, all which are forwarded to the State Police Forensic Lab to be held for 60 days; the evidence is analyzed if the victim chooses to press charges.

The second step is to collect debris found on the victim, such as dirt, hair and other foreign objects.

The third step is to collect fingernail samples from the left and right hands. A wooden scraper is used to extract any residue under the nail. Clippings of the nails are also taken.

The fourth step is to collect hair samples from the victim’s head. Four hairs each are taken from the front, back, center, right side and left side of the head. While pulled hair is preferred for evidence collection, cut hair is also acceptable if the cut is done close to the scalp.

The fifth step is to swab the victim’s gum line and the inside of the cheek with two swabs; the swabs should not be moistened before use. These two swabs are smeared onto glass slides. The process is repeated with two more swabs, except the last two samples are not transferred to slides.

The sixth step is to collect a saliva sample from the victim. A filter paper disk is folded, then placed in the victim’s mouth. The victim saturates the inner circle of the paper with saliva.

The eighth step is to comb through the victim’s pubic hair, where loose hairs are collected.

The ninth step is to collect ten pubic hairs from different areas of the victim’s pubic region. As with the head hair samples, pulled hairs are preferred, but hairs cut close to the skin are also acceptable.

The tenth step is to swab the genital regions (the vulva on a female victim, or the penis and testicles on a male victim) with a swab moistened with distilled water or saline solution.

The eleventh step is to swab the vagina. This process is done twice, using two swabs simultaneously. The first two swabs are smeared onto slides, while the latter two swabs are not. If there was no vaginal penetration, the victim can request that this step be skipped.

Other Physical Evidence and Blood Samples

The thirteenth step is to collect other physical evidence, such as a condom, embedded glass, or a bite mark impression.

The fourteenth and last step is to collect two tubes of the victim’s blood.

If a victim chooses to have a rape kit done, (s)he should not be afraid to ask questions or seek help. Any victims who feel uncomfortable can request that the hospital call the local sexual assault crisis service hotline. Tests for sexually transmitted diseases can be done: gonorrhea, chlamydia, and syphilis are usually tested for, but the victim can also request other STD tests.

The victim may also be given an antibiotic treatment to take home. Remember: the medical attendant performing the rape kit should not lick any of the envelopes closed (saliva contamination) or leave the rape kit unattended. If the victim feels uncomfortable with any of the steps of the rape kit, (s)he has the right to refuse.