IowalumA Q&A blog Shared by Iowa Students & People
Home Politics & Religion What The Heck Is Eck? Where did it come from? 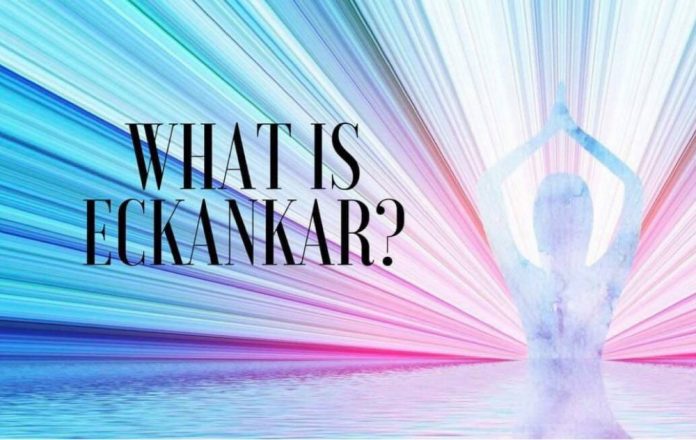 Shedding light, but not sound, on Eckankar

When looking at pie chart of the religions of the United States, or the world, or whatever population that the said pie chart creators felt like sampling; there are certain constants. There will always be the healthy chunks of pie delineated for Judaism, Islam, Christianity, Hinduism, and Buddhism.

From there the pieces will become much smaller, especially when entering the “other” slice. These miniscule morsels of pie represent the atheists, agnostics, Satanists, pagans, neo-pagans, wiccans, Bahia’s, and let’s not forget the Flying Spaghetti Monster enthusiasts. That is just a small section of the list that encompases the “other” slice. One of the newer traditions making its way through the layers of pie however is called Eck or Eckankar.

The definition of Eckankar on the official website states that the word Eckankar means “co-worker with God”. Meaning that as an individual person/soul you find your own unique path to the Divine and work towards your enlightenment.

Think of Hindu traditions, think Brahman versus Atman. It is the idea that there is something greater than ourselves, but in order for that something greater to exist there needs to be smaller parts that exist. It’s the many streams lead to the same large body of water concept.

The official website of Eckankar states, “Each person is Soul, a particle of God sent into the lower worlds (including earth) to gain spiritual experience”.

So, the soul (person) must gain spiritual experience. Once experience is gained contact with the Holy Spirit can be made and then eventually a spiritual enlightenment leading to karma and reincanation can occur. Sound familiar? It should.

Where did it come from?

Throughout history new and upcoming belief systems have borrowed from previous traditions. Religion serves a purpose for people; this is exactly why there could not possibly be “one true religion”. That would mean that all people need the same thing, which is clearly not the case when it comes to the human population. When new traditions and beliefs pop up, it is because a previous belief or tradition no longer serves a particular function for a certain group of people.

Eckankar is no different. Eck is taking ancient philosophies associated with Eastern traditions and westernizing them. Westerners are very interested in Eastern traditions, but sometimes there is a gap; things are literally lost in translation when attempting to convey ideas. The website notes that Eck has had many Eck Masters (the official leaders) throughout the ages from many different backgrounds dating back to the ancient Mycenaeans in Greece. However, there is no evidence to support this statement and there is no way to verify the proposed list of Eck Masters noted on the website.

Just because a tradition is not ancient does not make it any less valid. People often confuse old with true, and there is really no comparison or correlation between the two. Eck clearly serves a purpose and speaks to people, otherwise it would have fizzled out like Esperanto (remember the attempt to unite the world with one language)?

Although it is pertinent to mention that there are very few figures regarding the population of Eck followers and even fewer World Religions texts that even mention Eckankar.

The conglomeration of Eastern beliefs with Christian ideas is a very interesting one. Terms such as sin and karma are not often used together. In addition to ancient philosophy there is also an emphasis on past lives, dream interpretation, and soul travel. Peculiarly there is an emphasis on the utterance HU being all encompassing, HU not to be confused with the Hindu gift of AUM.

The Who and the Where

Eckankar currently has one living Eck Master; the current Master is Sri Harold Klemp. Before him it was Paul Twitchell, the Eck Master who brought Eckankar to the masses; exposing the hidden truths to the world.

For those seeking more knowledge regarding Eck, the worldwide center for the teachings of the Light and Sound of God (The Temple of Eck) is located in Chanhassen, Minnesota where Sri Harold Klemp can also be found. Books written by Paul Twitchell and Harold Klemp can be found at local libraries as well as on their official website.

So what is Eck? Ultimately it’s Hinduism wrapped in Western thought tied with a bow of new-age mysticism. It’s a tradition like any other, serving needs that so many individuals have and leading them to connections that they crave. If one can look past the jargon of the newly publicized tradition and truly focus on the core of its beliefs then it is essentially the story of all religions everywhere from ancient Mycenae to modern Minnesota.