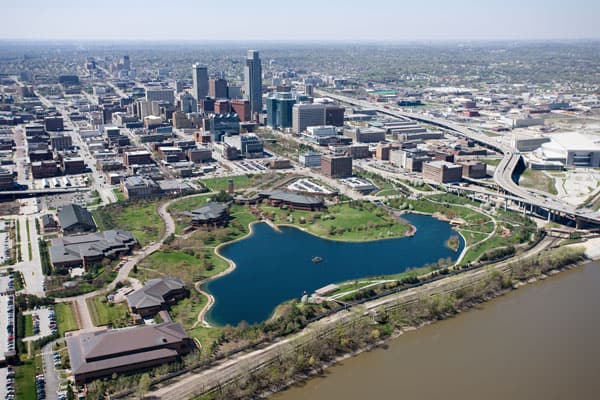 The famous Lewis and Clark met with the local American Indians in the area. A monument sits on the north side of Council Bluffs, Iowa commemorating this council.

The Historic Pottawattamie County Jail is in Council Bluffs, Iowa. It is an unusual jail that is a three story, drum shaped building that has ten pie shaped cells on each level of the building. The Pottawattamie jail was built in l885 and is no longer in use as a jail but it is now a nice museum to visit.

This museum is free but they do except donations. To find out more about the Union Pacific Railroad Museum you can phone them at 712-329-8307.

The Western Historic Trails Center is a welcome center that traces the history of traveling west from the l800’s to the present. It has an emphasis on the Lewis and Clark expedition. You can see many historic photos that reflected life during that time period.

A walking trail winds it’s way to the Missouri River. The Western Historic Trails Center is free. To find out more about he Western Trails Historic Center you can phone them at 712-366-4900.