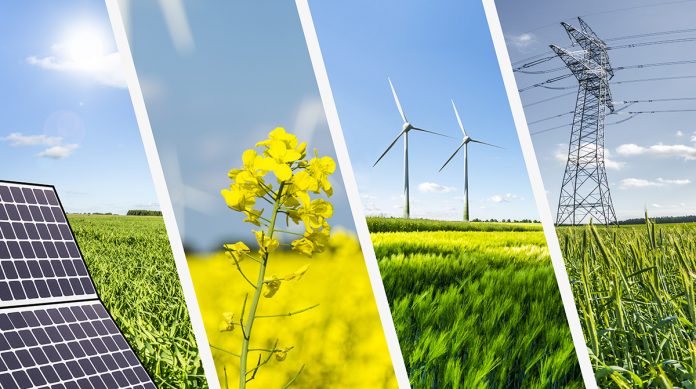 Among the problems associated with development and implementation of renewable energy sources, several stand out as key impediments to the rapid, even evolutionary development of these resources.

Interestingly enough, and something that is often missing from environmental presentations regarding the reduction in the use of oil, neither renewable technology will reduce our dependence on foreign oil, since very little oil is used in the production of electricity.

However, oil is a predominant energy source in many industrial and consumer applications, such as the operation of motor vehicles, and the heating of homes and businesses.

Efforts to reduce oil consumption in these areas are being developed in parallel (electric cars, gas-fired generators, extraction of shale gas, for example), with the development of renewable energy resources.

The confusion and concern surrounding the development of renewable energy sources, and there acceptance by local communities, is well-illustrated by what has occurred in two U.S. communities.

On the same day that Suzlon Group decided to shut its wind turbine blade plant in Pipestone, Minn., city officials in Jonesboro, Ark., were glowing from Friday’s grand opening of a $40 million wind turbine manufacturing plant by Denmark-based Nordex. (Star Tribune, “It’s time to decide which way the wind is blowing,”)

While some of the problems that led to Suzlon’s plant shut-down were self-inflicted, most notably a series of quality-control issues with its blades, the parallel universes of a shutdown in one state and a ribbon-cutting in another illustrate the ‘split personality’ of new technologies, specifically renewable energy.

In terms of potential size, few markets represent as large an opportunity as alternative energy. The United States relies on coal for nearly half its electricity, and imports more than half its crude oil. Coal is plentiful but dirty. Oil is a diminishing resource, largely controlled by other nations, many of which are unfriendly if not hostile, to the U.S.

In some countries of Europe, where renewables such as wind energy have been a part of the energy mix for some years, about five percent of electrical energy comes from wind, and in some countries the total is 10 percent or more. China, meanwhile, is investing heavily to double wind capacity over the next several years.

In the United States, only about two percent of electricity is provide by wind power, which makes this potentially one of the biggest wind energy markets in the world, along with China, which this year exceeded the U.S. in the development of wind farms.

Without a national energy policy which involves these two key renewable sources, the future for wind, solar, as well as other energy technologies, depends to a certain degree on how well the development and application of these sources are addressed by the U.S. Congress.

To date, things aren’t going so well in this department. President Obama has called for 25 percent of the nation’s electricity to come from renewable sources by 2025, but efforts to establish federal mandates have failed so far. Despite fierce lobbying by industry proponents, wind and solar energy are caught in the political maw of climate change and cap-and-trade legislation.

Tax Breaks and Incentives to Expire

As a result, some of the tax breaks and other incentives that spurred massive wind power development will expire. That uncertainty has many firms reluctant to commit to new projects.

Juhl Wind Inc. of Woodstock, Minn., has four projects under construction but only one contracted for next year. Eden Prairie-based Wind Energy America Inc. has 15 projects under development, but is actively pushing only three at the moment. “Unless you break ground this year, you don’t qualify for the tax credit,” said Wind Energy CEO Mel Wentz.

The free marketers out there will say that industries should be able to breathe on their own rather than rely on the ‘iron lung’ of government incentives and tax credits.

Government Support for All Energy Sources

The oil and natural gas industries have received significant government support in the form of tax incentives, therefore, there is no logical reason to deny the same consideration for wind and solar. According to a Treasury Department estimate, just a handful of tax credits for the oil and gas industries cost the U.S. Treasury about $3 billion in lost tax revenue annually.

Another example of government support for an energy source is to be found in the trifecta of mandates, trade tariffs, and producer price credits for the ethanol industry, all of which have been provided in the name of creating and sustaining jobs and energy independence? The tax credit alone was worth an estimated $4.7 billion last year.

Extending the tariff, which is set to expire at the end of this year, has drawn the support of a broad swath of legislators, some of whom, exhibiting some form of twisted logic, have opposed incentives for the solar and wind industries.

Call for a Free Market

“Let’s make it a totally free market for everyone and then see what happens,” said Dan Juhl, CEO of Juhl Wind.

“I’m not as die-hard as some wind advocates, who believe it is the answer to all our problems,” said Wentz, who was an executive with a Texas utility before he joined Wind Energy. “Its like your 401(k) or investment portfolio. You want to make sure you’re diversified.”

While 28 states now have a renewable electricity standard, this patchwork quilt of standards will not spur the innovation that will, ultimately, lead to lower prices for these emerging technologies.