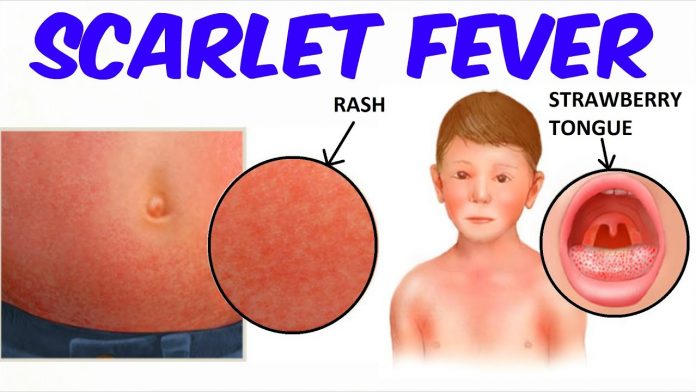 A recent outbreak of scarlet fever in China, including the death of one child, has prompted concern from the global community, reports Reuters. What is scarlet fever and what would a return of the disease mean to the world?

Definition and symptoms of scarlet fever

Scarlet fever is a rash that is caused by an infection from group A streptococcus bacteria.

The rash typically appears all over the body, starting on the neck and face and spreading downward. Infected skin may peel. The disease gets its name from the scarlet coloring of those who are infected.

It may accompany a sore throat (strep throat) or impetigo. Not all rashes indicate scarlet fever, and it will be necessary for your doctor to confirm your suspicions. It is highly contagious.

Severe cases of the disease can cause lifelong medical problems and even death.

The Washington Post reports, before the widespread release of modern antibiotics, scarlet fever caused a wide range of complications, including heart conditions and death. Severe cases of the disease were responsible for a large number of deaths during the early 1900s.

Improvements to modern medicine, readily available antibiotics, and an improved nutrition system are all suspected reasons behind the decline of the disease in modern society.

Though this is the first outbreak to receive global attention recently, there are occasional outbreaks of the disease. Recurrences have never reached the level of the early 1900s.

An outbreak of scarlet fever in China could cause problems, especially if the disease spreads quickly and proper medical intervention and medication is not readily available to those who are ill.

In addition, early suspicions that the newest strain of the disease is not responding to traditional antibiotics could raise the death toll and cause further complications. If this is the case, increased concerns about travel into and out of China could be possible.

Young children, those with compromised immune systems, and the elderly could be at risk for complications resulting from scarlet fever.

As always, good general hygiene and prevention tactics (including hand-washing and staying away from those who are ill) are essential to stop the spread of scarlet fever and other contagious illnesses.