IowalumA Q&A blog Shared by Iowa Students & People
Home Politics & Religion What is the Difference Between the AV and STV Electoral Systems? 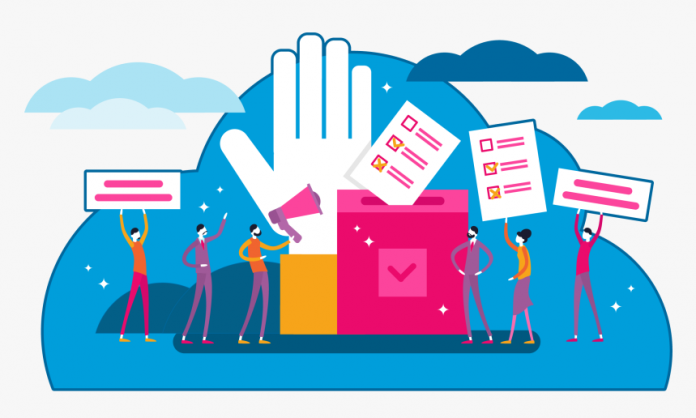 In 2010, Liberal Democrat leader Nick Clegg described Labour’s plans for AV as “a miserable little reform”. As Deputy Prime Minister, he is putting forward the very referendum that he dismissed in that language, and heralding its importance. What is it, why is being proposed and what did Nick Clegg want to happen before he became Deputy Prime Minister?

UK General Elections are currently fought under a system known as First Past the Post or Simple Plurality. It is the simplest voting system to understand: who gets the most votes wins. But, of course, how this translates into representation in parliament and who gets to form a government is not quite so simple.

The problems over “disproportional representation” that First Past the Post can bring up came to a head during the 2010 General Election campaign when it was revealed that Labour could come last in the popular vote and still win a majority and remain in government. Of course, this is not what eventually happened in the General Election, but the theoretical possibility led many to conclude that the electoral system had to be reformed.

Some also argued that a change in the voting system would help prevent a repeat of the 2009/10 expenses scandal, suggesting that the complacency of MPs with “safe seats” contributed to the well-documented abuses of the expenses system.

Alternative Vote, however, is not a system of Proportional Representation. This is why Nick Clegg was so dismissive of it in opposition. Alternative Vote is another “majoritarian” system: that is, a system where one MP is elected for each constituency and one where majority government is still the most likely outcome. How does it differ from First Past the Post?

The main impact of this would be that there would be less need for voters to vote for “the lesser evil” in order to avoid wasting their vote and therefore the real support for minority parties would be reflected. It is actually rather unlikely that it would lead to many seats actually going to a different party from those who would have won in a First Past the Post election, other than in very marginal seats.

Many fans of electoral reform, including most Liberal Democrats, would prefer Single Transferable Vote (STV)

On the face of it, STV is similar to AV in so far as voters indicate their preferences rather than simply choosing their preferred candidate. It differs, though, because STV is a proportional system.

Another concern is that such a system would lead to coalitions or minority governments on most occasions rather than the rare occurance it is in the UK at present. While people might not be principally against coalition government (indeed some polls suggest that such things are popular) the uncertainty leading to the forming of the coalition in 2010 was not popular. The Liberal Democrats in particular appear to have been electorally damaged by their negotiating role according to opinion polls.

In conclusion: AV is a majoritarian system with one MP for each constituency, but differs from First Past the Post in that voters can indicate a preference, rendering “tactical voting” less important. STV is a proportional system that seeks to produce an outcome whereby the distribution of seats in Parliament more closely resembles the proportion of votes received in the popular vote.