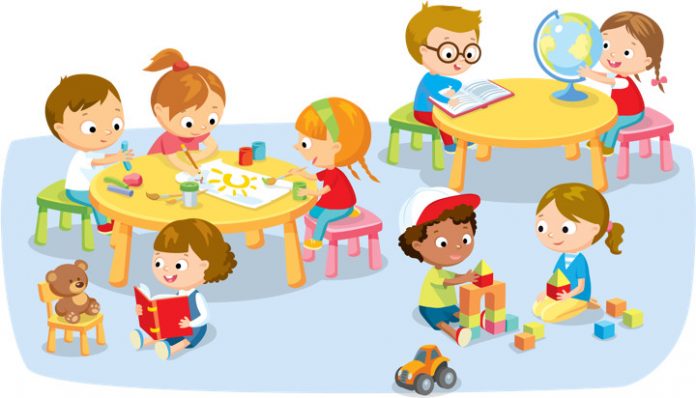 Governor Culver is making a dramatic impact in education. Last month he gave Iowa teachers their biggest raise and now he is funding preschools.

Iowa has a new, young governor on the scene and he is a former high school teacher and coach. He also has a 4-year-old son and 6-year-old daughter. These two factors are obviously establishing priorities for Chet Culver. Culver, a Democrat, had the support of the ISEA, the Iowa State Education Association, and he is keeping his promises to improve funding for education in Iowa.

Although Iowa schools rank high in academics nationally, the salaries are some of the lowest in the nation. In past years, statistics show that if Iowa was a nation, it would rank in the top ten in the world academically. However, Iowa teachers are paid in the lowest 25% range nationally. Chet Culver has changed that by passing new legislation bringing salaries up to 25th in the nation.

The legislature must approve this increase annually but Culver wants Iowa teachers to be better compensated for the excellent education they provide in Iowa schools. It is unknown if the new funding will actually bring Iowa teachers up to the 50th percentile for salaries as hoped but the wheels for change have been set into motion.

SF 277, The Teacher Quality Law, also calls for the following:

House File 877, signed into law on May 11th, funds tuition-free preschools for a minimum of 10 hours a week for Iowa school districts. $15 million is being appropriated for the next three years at a cost of $3,420 per child.

No. Districts would not be required to run their own preschool programs. Culver’s plan would allow funding to go to private preschools and church-operated programs. Many schools do not presently run a preschool program and some would not have the classroom space to do so without a financial challenge.

This bill does not force schools to add a new program. The new initiative would provide free education to an estimated 90% of Iowa’s 4-year-olds. There are other preschool programs that are funded by the government but they are usually for the poor. This is for every child in Iowa.

To qualify, preschool programs need to have the following in place:

“We now know that 90 percent of brain development takes place before they even take a step in a kindergartner’s classroom,” says Gov. Culver. Preschools provide an excellent environment for socialization, learning skills, play, speaking skills for English as a Second Language learners and professional interventions for students in need of services.

Culver may be starting a national trend…public funding for all 4-year-olds.