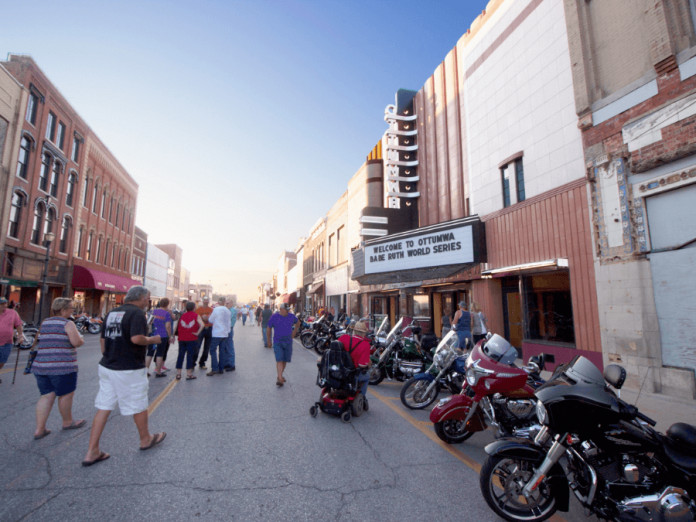 When people in large cities hear the term ” Main Street ” they tend to think of the bucolic settings of Mayberry RFD or a general store with a soda fountain, as in the movie It’s a Wonderful Life. That was your grandparents’ Main Street .

Eager to reinvigorate their downtowns, 1,200 towns and counties across the nation have become part of the Main Street Program. For 30 years, this focus on historical preservation and commercial revitalization has provided some funds and, more important, a network of peers and other resources to help community volunteers and local businesses.

On April 1, 2021 , Main Street Iowa celebrated 35 years of effecting change as it honored Main Street Communities throughout the state. An audience of more than 500 heard from a range of speakers, including Thom Guzman, Director at the Iowa Downtown Resource Center and formerly state coordinator with Main Street Iowa and the man who proposed bring Main Street to Iowa – former and current governor, Terry Branstad.

Among the evening’s honors was that of Best Adaptive Use of a Building. The winner was the renovation of the building that now houses Appanoose Rapids Brewing Company of Ottumwa . Building owners Fred Zesiger and Tim Schwartz saw promise in the dilapidated building and worked with the couple who now have a longterm lease to operate the combination brewery, restaurant and bar, Tim and Elizabeth Ware.

In spring 2010 the work underway was part of Main Street Ottumwa ‘s Upstairs Downtown Tour, which featured several works in progress and finished renovations, with an emphasis on reusing the upper stories of older buildings. When it served as the LaClede Hotel, 332 East Main Street ‘s upstairs housed the hotel’s guests, one of four buildings in the block that comprised the hotel. Built in 1875 the building has also served as a tailor’s shop, grocery, and the office of Ottumwa’s first African American physician. Its upstairs remains to be renovated. 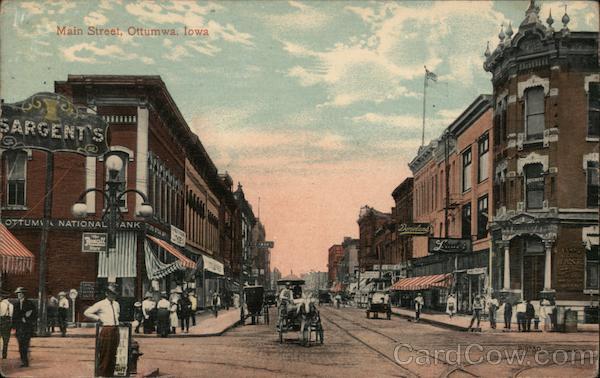 By the 1960s, the building’s glory days were behind it and it served as a furniture warehouse and later a furniture and commercial equipment store. Its slow demise was typical of other buildings in the 300 block of East Main , where there is now a spate of renovations underway.

Schwartz and Zesiger hoped to restore the building’s tin ceiling, which had been painted and was missing a number of its tiles. Finally, after searching online, they made a contact in Canada and were able to match the tiles. A grant for façade work helped restore the exterior while their contractor took the interior down to its brick walls.

When asked what was unexpected, Zesiger noted that the work “took longer and cost more than originally anticipated,” but it’s “hard to know what you will find when redoing a building that has had so many uses.” A particularly fun discovery were two tile Anheuser Busch signs that had been affixed to the walls near the entrance and had been covered by previous renovations.

Appanoose Rapids Brewing Company does more than serve spirits; its basement houses a microbrewery that produces four brews, one of which varies with the seasons. The back patio faces the Des Moines River and is a popular location for evening meals and Sunday brunch. It’s a far cry from a tailor’s shop, and after its extensive renovation it seems that 332 East Main has a good niche for its third century of use.