IowalumA Q&A blog Shared by Iowa Students & People
Home General Knowledge What is Neuroeconomics? Economics and Neurology Combine to Take a Peek at... 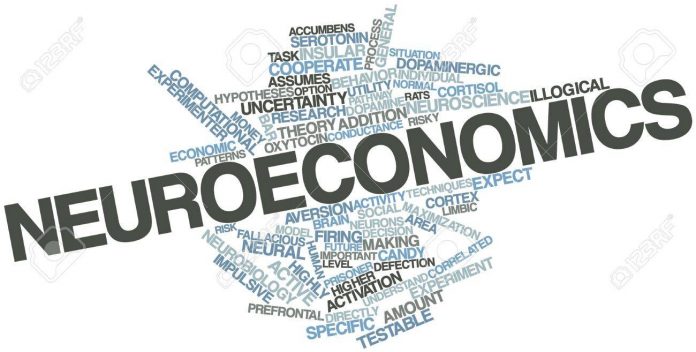 With only a decade of research behind it, neuroeconomics is the new kid on the block and it certainly has its detractors. This is hardly surprising, since it originated from another field of study, behavioural economics, which has also been snubbed by purists. Both disciplines delve into how humans make decisions and how decision making impacts on economic behaviour, but up until recently, research has been confined to outwardly observable behaviour.

Now with the use of brain scans, such as functional MRIs, researchers can also catch a peek at what is going on inside the human brain during the decision making process.

According to Clithero, Tankersley and Huettel, in their paper, Foundations of Neuroeconomics: From Philosophy to Practice, existing economic models must assume covert preferences, that people will disguise feelings and value judgments from researchers and the world at large. This makes measuring actual preferences using behavioural methods alone rather difficult.

However, neuroeconomists can, due to the advances in neurology, actually pinpoint emotions. For example, feelings of sadness are seen as activity in the amygdala region of the brain, and this ability to isolate emotional states allow researchers to see how specific emotions impact on the decisions people make.

Risk Aversion as Old as Monkeys

A study carried out by Wolfram Shultz et al. in 2018, showed that humans and primates share similar neural activity in the areas of weighing risk and ambiguity within the decision making process, indicating that there is a neurobiological aspect in play and the way humans approach choice could have its origins in the very distant past.

Schultz and his colleagues trained two macaque monkeys to respond to a computer generated reward of differing amounts of fruit juice. They discovered that dopamine activity in the brain decreased as the probability of receiving the juice reward increased. In short, if the monkeys decided that receiving the juice was a sure thing, researchers reported a decrease in brain activity.

Shultz, in a later paper, Nueroeconomics: the promise and the profit, explains how the results of this study could impact on present understanding of how humans register risk in decision making. “For example, risk avoiders attribute less value to outcomes that are less certain,” he said. Basically, if the reward is not imminent, as in long-term saving for retirement, or is uncertain or ambiguous, as in perceptions of share markets, risk-avoiders may perform a kind of decision making triage and allow that possibility to fade.

As a relatively new field, questions have been raised over whether neuroeconomics has anything new to offer the study of the human decision making process. Because of the expense involved in the use of imaging equipment, the sample sizes within studies are small in comparision to studies which rely on behavioural observation alone.

One argument is that traditional behavioural studies reflect actual behaviour and the underlying neural activity is beside the point. However, as a research tool carried out in conjunction with behaviourable observation, this field has the potential to not just aid further understanding of the brain’s role in decision making for the purposes of behavioural economics. It may prompt discovery of underlying neural processes which at present elude the scientific world.