IowalumA Q&A blog Shared by Iowa Students & People
Home General Knowledge What Produce is In Season for May in New Jersey? 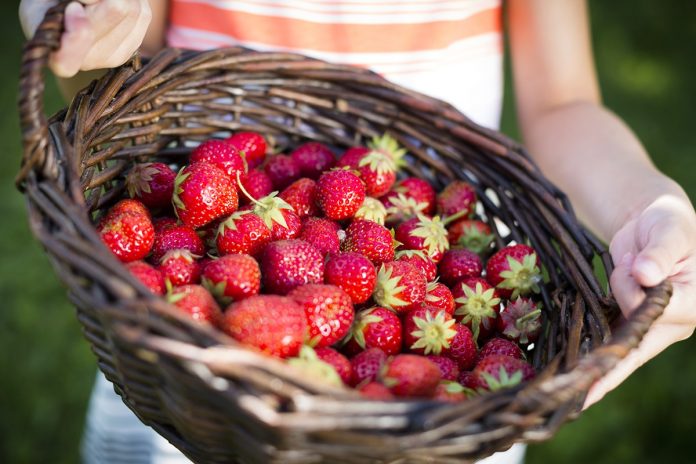 Pick these fruits and vegetables from New Jersey farms in May to get the freshest locally grown produce.

The New Jersey Department of Agriculture offers up some advice when deciding what produce to buy. The DOA outlines what’s in season and when. For the month of May, it’s the start of crop yields and the growing season for New Jersey.

Asparagus is in season all of May. The stalky vegetable with the tender, edible tips are first available as early as April 23, are most active May 1 through May 30. Asparagus is still in season as late as June 25.

Lettuce is available in the late spring in New Jersey. Look for locally grown lettuces as early as May 15. From May 20 to July 15, lettuce is in season. The growing season for New Jersey spring lettuce may be as late as Aug. 31. After that, the fall lettuces are in season, which includes kale and broccoli rabe. In the spring, lettuces such as iceberg or romaine are what to look for.

Peas first appear around May 20 in New Jersey. However, the vegetable is most active from June 15 to June 25. July 5 is late in the season for peas. You may find the tender spring peas sold loose or in the pod.

Spinach is in season in New Jersey starting April 15, but crop yields are strongest from May 5 to June 25. It’s late in the season for spinach come June 30, but with the season lasting nearly two months, there is ample opportunity to find spinach in season.

As far as fruits, only strawberries are grown locally as early as May. The early season for strawberries in New Jersey is May 20. The crops are most active between June 1 and June 10. By June 25, the strawberry season is over. Strawberries have a short season and may quickly succumb to rot or over ripen.

Looking for Other Produce?

If shopping for produce other than the ones listed above, chances are it isn’t grown locally and is instead trucked in from elsewhere. The May temperatures of New Jersey are only favorable to certain fruits and vegetables this month.

The Garden State of New Jersey begins getting busy in May, as crops such as asparagus, lettuce, peas, spinach and strawberries are all in season. Come June, even more fruits and vegetables can be found locally growing in New Jersey.

If you are shopping for fresh, locally grown produce in May, look for vegetables such as asparagus, lettuce, peas and spinach. Locally grown fruits available in May are limited to strawberries, according to the state Department of Agriculture.

You can find a complete list of produce availability on the DOA’s website as part of the Jersey Fresh campaign. Throughout the year the state website updates what’s available, and forecasts what the crop yield may be.