IowalumA Q&A blog shared by Iowa students
Home Animal What is rehabilitation and how does it differ from training? – National... 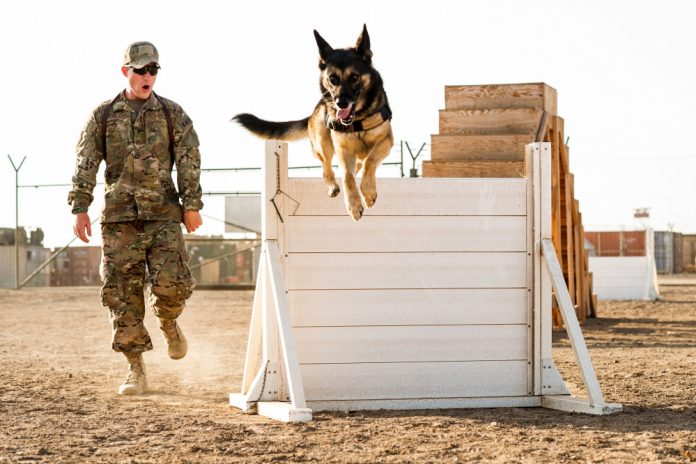 Sometimes watching Cesar Millan, the Dog Whisperer on TV, his techniques may appear dramatic, drastic or downright dangerous! That’s because his work often involves rehabilitation rather than training. It is important for people to understand the difference between rehabilitation and training.

In humans, training may be:

We train animals for:

It may help to anthropomorphize.

… which is very similar to Pamela Anderson learning the steps to the cha-cha-cha on Dancing With The Stars.

In the cases of Honey and Pamela, you have two healthy, intelligent, well-balanced beings learning new tricks and improving their proficiency. Training to learn new skills and training to improve performance can be accomplished exclusively using positive reinforcement methods, such as clicker training. Rehabilitation requires professional intervention.

Animals also may need mental rehabilitation, primarily if they have been abused by humans. Instead of substance abuse or anti-social behavior, animals may develop dangerous coping mechanisms such as aggression (biting in dogs; biting, kicking and striking in horses), as well as withdrawal or obsessive behavior manifesting in self-mutilation. These behaviors in animals are often the reason they are euthanized or slaughtered. People wind up in jail, on the streets or in mental institutions; some commit suicide or hurt themselves; and they are ostracized and ignored by the rest of society.

Please keep in mind, rehabilitation work in animals, like humans, is not to be undertaken by amateurs, hence the warning NatGeo channel posts before The Dog Whisperer. Rehabilitation requires an experienced professional. Dog and horse rehabbers may become injured during the course of their work. People like Cesar Millan and Steve Markwell are frequently bitten, and they cannot immediately react to the injury, but rather must grit their teeth and carry on.

In the video below, Tom Cole is working with Buster, a chocolate Labrador retriever. Buster is extemely resource aggressive, meaning he is ferociously possessive of food, bones, toys, etc. In his second week of rehab, Buster has come a long way. Notice how Tom uses lots of positive reinforcement as well as firmly but gently establishing boundaries of acceptable behavior.

Buster, like many unbalanced people, was given conflicting messages in his youth. He was treated roughly by an aggressive and dominating owner and thus learned to become aggressive and dominant in kind. In addition, no one took the time to teach him socially acceptable behavior. Rehab work in animals almost always includes socialization of the animal with well-balanced members of his species. In humans we call it ‘group therapy’.

Unbalanced humans in need of rehabilitation may be involuntarily incarcerated or institutionalized, and forced into treatment, which is very dramatic and drastic. Rehab isn’t pretty. The therapy involves immediately arresting destructive behaviors, followed by teaching alternative positive behaviors, building social skills, and developing trust and self-confidence.

People and animals in need of rehabilitation deserve our compassion – oftentimes they are highly intelligent, enormously talented and capable of fulfilling heroic potential. Society must not throw away people – or dogs and horses. Rehabilitation works!

Pay attention to some of the words used in this video about Lindsay Lohan’s personal financial crisis, particularly –

She’s not got anyone in her corner loving her well or establishing boundaries.

What is the BLM’s priority? – Portland animal rights

What a Cat’s Tail Is Saying: How to Interpret Feline Body Language by Tail Position