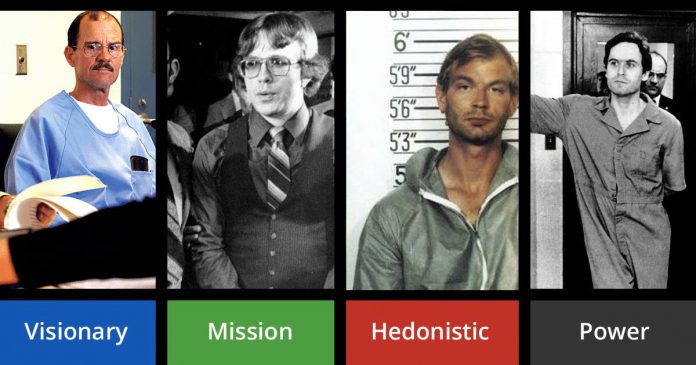 According to Dr Lonnie Athens, an American criminologist, there is a pattern of growing violence among most dangerous criminals starting from childhood. When young, these individuals are often forced to submit to aggressive authority figures, such as fathers and caretakers, who mostly use violence or at least the threat of violence. As a result, the young child begins to believe that one can use violence to settle disputes and that it is a legitimate means of reaching one`s ends.

Later on, the child begins to rebel against the authority figure by becoming belligerent and resorting to violence, a stage called “Belligerency”. During the stage of “Performance”, the child experiments with violence and realizes that he attains success with provocation and obtains fear and even respect from others through his bullying. The final stage is “Virulence”, where the child has had successful encounters by using violence and hence believes that violence may be the best way of dealing with people and attaining one`s goals and objectives.

According to the“Macdonald Triad” the following three factors are often early indicative aspects of the serial killer personality, namely continuous bed-wetting at a later age, fire setting, and cruelty to small animals. If a young person has all three characteristics then they are likely to develop into serial killers at a later stage.

The Main Characteristics of Serial Murder

The FBI defines serial murder as repetitive killings that will not stop until the criminal is apprehended, dies or is killed. Furthermore, the serial killer is said to derive excitement, mostly of the sexual kind, and that he may take a trophy with him, such as a purse, jewelry or even a body part from his victim as a means of reliving the excitement of the deed. When this excitement subsides, the killer feels compelled to go out and kill again and the thrill may subside in quicker recession over time.

Serial killings are usually one-on-one though on some occasions there are collaborations among killers. When two people join to commit multiple murders, the French term “folie a deux” is used as in the case of the Hillside Stranglers. There have been also group killings, for example the Charles Manson family that was responsible for various slayings following bizarre and demented ideologies.


The murders are usually accompanied with or followed by brutal violence, such as rape or mutilation and in some cases even necrophilia. In addition, there is usually a distinguishable or recognizable pattern of behavior. In some cases, there is no other apparent motive other than the desire to kill.

In the modern age, increased mobility has made it easier for serial killers to move around and it has become more difficult for the police to track them down and to identify them. As a result, the government decided to fund and implement a program called VICAP, the Violent Criminal Apprehension Program using the expertise and knowledge of members of the FBI`s Behavioral Science Unit at Quantico. In Canada, the RCMP has its equivalent in ViCLAS, the Violent Crime Linkage Analysis System, which is considered to be among the best in the world.

There are various theories about what makes a serial killer. Most of them agree, however, that a traumatic childhood involving some kind of abuse is a dangerous and fertile breeding ground for later violent behavior. Yet a serial killer remains by definition somebody who commits various murders accompanied with violence or who follows a certain criminal pattern or modus operandi as their trademark.