IowalumA Q&A blog Shared by Iowa Students & People
Home General Knowledge The Law of Attraction: What it is and How it Works 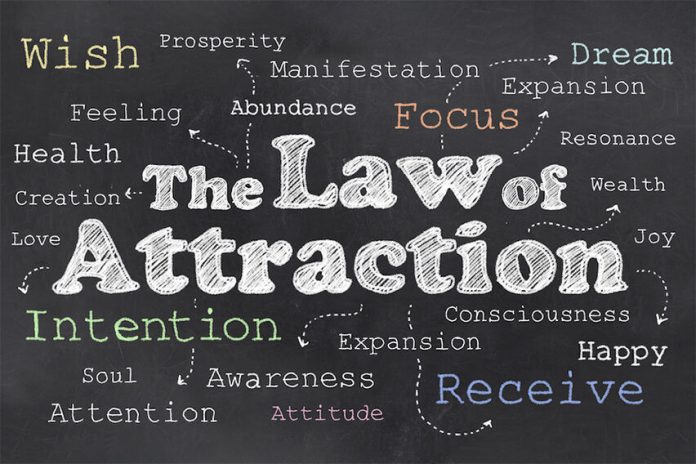 The law of attraction is a conceptual theory that has been around for a very long time. Its general principle espouses the notion that whatever people say and think is what they attract. If they say and think negative things, then those things will materialize.

However, if they believe and verbalize positive things then those things will come into being.

Thus, whatever people have drawn to themselves through their thoughts and words is what they have in their lives today.

How the Law of Attraction Works

Those who embrace the law of attraction believe that people will invite into their lives whatever they put their energy and focus on, whether they want it or not. As an example, continually talking about debt will only bring more debt, while speaking of wealth will bring abundance.

Applicability of the Law of Attraction

The law of attraction affects every aspect of life. It applies to material possessions, health and wellness, feelings, attitudes and accomplishments. People develop their inner being by focusing on the information they bring into their mind. In relating this idea to an examination, use of the words “don’t fail” would give focus to failure, while the words “be sure to pass” would draw attention to passing.

The Law of Attraction also applies to the material things that people have in their lives. Those who say they cannot afford a particular car will not get the car, but those who believe they can find a way to afford the car will likely acquire it.

Techniques Associated with the Law of Attraction

There are some specific techniques associated with the law of attraction that people can use to create what they want in their lives. One is to speak about what they want as if they already have it.

Some people refer to this technique as speaking the truth in advance. It should be used with great specificity. As an example, someone who wants a new home might say, “We have a beautiful new home with 4 bedrooms, 4 bathrooms and a gourmet kitchen with cherry wood cabinets, granite countertops and marble flooring.”

Another useful technique is visualization. Visualization is the art of using the imagination to concentrate on what is desired.

Someone who wants a brand new red sports car would create in the mind a visual image of exactly what is desired. The law of attraction espouses that the particular thing that is visualized will materialize.

Using the Law of Attraction to Create the Future

People can use the law of attraction to deliberately create what they want in their lives by focusing on the specific details and speaking as if they already have it.

The power for creating comes from within. The process involves getting a clear mental image of what is desired, being excited about it and getting very focused. That which is created in the mind will then materialize.