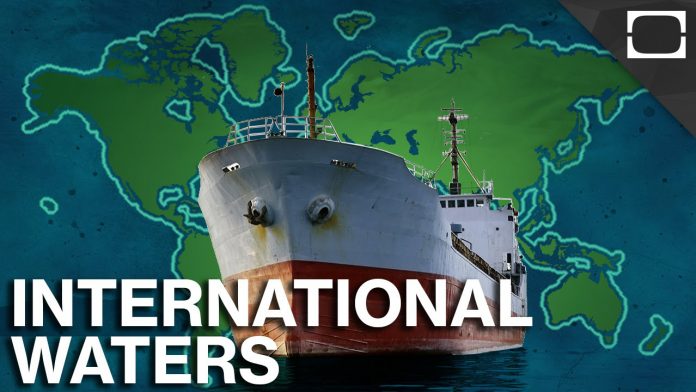 On Jun 1, 2010, nine people were killed in international waters by the Israeli Navy that boarded the ship (the Flotilla Freedom), which was sailing under the Turkish flag with a stated humanitarian delivery intent to the Gaza region.

According to the BBC, a week later, on June 6, 2010, Israeli forces boarded another ship (the Rachel Corrie), registered in Ireland and purporting to be on an humanitarian aid mission. It was also navigating through international waters when it was seized by Israeli military forces. The Rachel Corrie ship seized passengers included the Irish Nobel Peace Prize laureate Mairead Corrigan Maguire.

What are International Waters?

According to the late Dutch jurist and international scholar Hugo Grotius (also Huig de Groot or Hugo de Groot), international waters or the “free seas” were generally those bodies of waters, seas, and oceans outside of national jurisdiction. When Grotius wrote the book Mare Liberum (Free Seas or The Freedom of the Sea) in 1609 this type of common ownership of the waterways concept was a fairly new principle for Europeans.

Grotius argued in his writings that these high seas were free to all, a form of the commons, with no authority existing under international law to deny access. Since then, it has developed as a rule under international customary law that unless a vessel is involved in a criminal act, such as piracy, it is under the exclusive jurisiction of its flag state while navigating in international waters.

A flag state is the state-country authority exercising regulatory control over a ship registered under its flag.