IowalumA Q&A blog Shared by Iowa Students & People
Home Education What is a Blowout Preventer in an Oil Well? 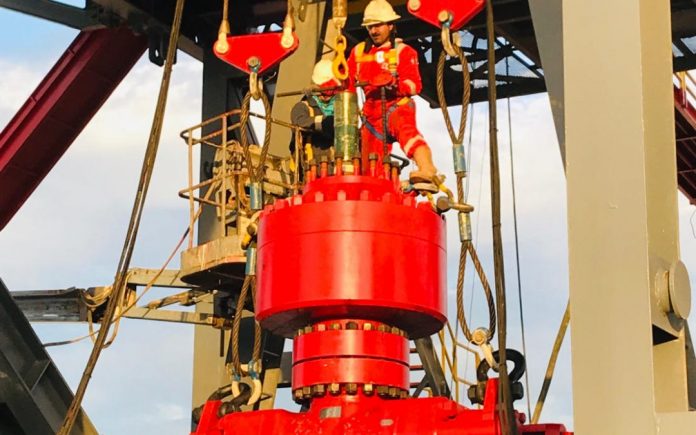 The explosion of the Deepwater Horizon drilling platform in April 2010 exposed many of the facets of the offshore drilling process to the general public with no previous knowledge of petroleum engineering. The deep sea well system is a complex assortment of engineered parts and decades of expertise. One part of the anatomy of a deep sea oil well is the blowout preventer.

A blowout preventer is the final line of defense in a well against a full blowout, where pressurized oil and gas break through the well head and flow freely. In the Deepwater Horizon case, the blowout preventer failed to activate when pressure was building in the Macondo well.

While the failure of the blowout preventer was one known cause of the Deepwater Horizon explosion, blowout preventers have radically increased the safety of drilling operations since it was first developed in the 1920s.

History of the Blowout Preventer

During the oil booms of the early 20th century, drilling operations were extremely dangerous. There was very little technology available to determine the pressures of the oil and gas within reservoirs, and drilling was essentially blind. A blowout occurs when a pocket of high-pressure oil or gas is exposed to the well shaft.

This can occur during drilling if the drill exposes the pocket, or can happen later as pressures shift within the reservoir structure.

A sudden increase of pressure up the well bore can cause serious damage to the well structure and its surroundings. In the case of the Deepwater Horizon drilling platform, natural gas under high pressure built up within the marine riser that connects the well to the platform. The gas then exploded, causing the destruction of the platform.

Well structures often employ several different blowout preventers in a stack as a series of failsafe mechanisms. The original blowout preventer designs were operated manually with a wrench to deploy the rams. Later designs added hydraulic activation so that they could be operated remotely. This became critical when offshore drilling started.

Today, blowouts are a very rare occurrence in oil drilling operations. Historical blowouts before the introduction of the blowout preventer resulted in oil spraying up in the air out of wells and significant environmental contamination.

Although the Deepwater Horizon accident highlighted the failure of the blowout preventer, this component has historically been and continues to be a reliable and vital component in oil drilling operations.