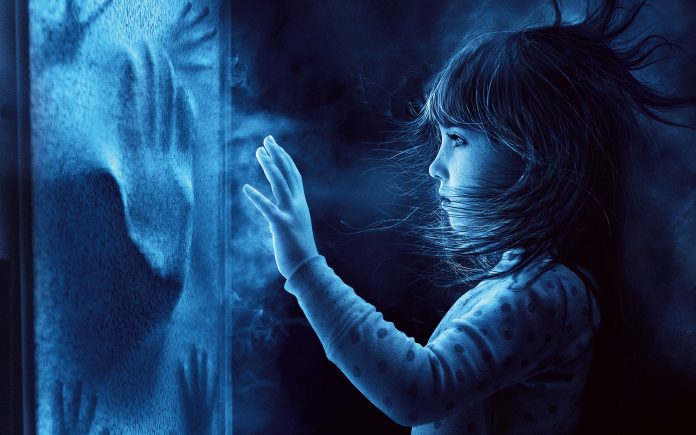 The term poltergeist, (meaning noisy spirit in German,) was long thought to be the mischievous or evil doings of spirits. Poltergeist activity includes banging and rapping sounds along with object movement, such as objects flying across the room. In some cases, even heavy furniture has been observed moving all by itself.

Steven Spielberg painted quite a frightening picture of poltergeists in his 1982 movie Poltergeist. In the movie, on a wet, stormy night, five-year-old Carol Ann is sucked into the bedroom closet in her room and vanishes. The only form of communication is with her Mother when her voice comes over the TV set.

She’s held captive by an entity known as “The Beast.” He keeps her near because of her strong life force in an effort to confuse the spirits from crossing over into the light. Carol Ann is finally able to get back with the help of a parapsychologist and medium.


So, could this scenario really take place? Can poltergeists really abduct people and hold them captive? Hollywood has always been very adept at painting frightening scenarios when it comes to ghosts, poltergeists or anything paranormal.

Dr. William G. Roll, an Oxford educated parapsychologist, along with other parapsychologists, such as Dr. Andrew Nicholes and Loyd Auerbach, (founder of the Office of Paranormal Investigations, ) believe that poltergeist activity has nothing to do with spirit activity.

While a haunting revolves around a location, poltergeist activity revolves around an individual. Usually the individuals involved are adolescents suffering from repressed anger or emotional or psychological stress. The activity usually starts and ends abruptly, lasting on an average from a couple of weeks to a few months.

The cause of the poltergeist activity is believed to be recurrent spontaneous psychokinesis, (or RSPK.) In the simplest of terms, psychokinesis is mind over matter. In other words, it’s the individual’s mind that is causing the phenomenon to occur.

This happens because the individual has no other outlet for their emotions. Once whatever is troubling the individual is resolved, the activity ceases. To learn more about Dr. Roll and his studies on poltergeist activity, his book, The Poltergeist, is recommended.